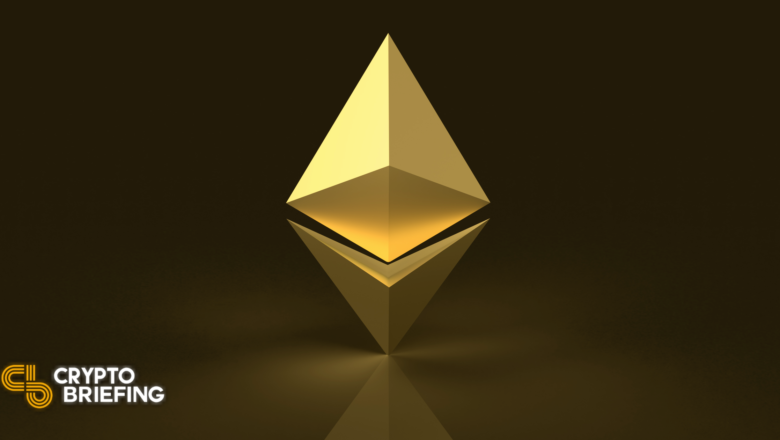 The Ethereum blockchain has split due to a bug.

The Ethereum blockchain has split due to a bug in the older version of Geth.

A bug affecting the older version of the Ethereum network client Geth is causing nodes to split from the main network. There is a danger that the bug could lead to double-spending attacks and losses for users making transactions.

A chain split has occurred on the Ethereum mainnet. The issue was resolved in the v1.10.8 release announced previously. Please update your nodes, if you haven’t already!

While the bug has been fixed in Geth version v1.10.8., it’s thought that many nodes are running the old, unpatched versions.

Tim Beiko, part of Ethereum’s “AllCoreDevs,” suggested that Flexpool, BTC.com, and Binance’s pools had been mining on the older version of Geth.

The consensus bug also affects chains other than Ethereum, including Polygon, Binance Smart Chain, xDAI, and others. Rumors are circulating on Twitter that the bug may have already been exploited on both Ethereum and Binance Smart Chain.

Polygon tweeted that most validators on its network have already updated to the latest Geth/Bor version.

Fortunately, the majority of Ethereum miners are running the updated version of the Geth client, which means there’s no risk of a hardfork. Concerning the non-mining nodes running older versions of Geth, they’re effectively barred from accessing the main network.

Now that exploit is in the wild, it can be replayed on other networks like Polygon, BSC, xDAI, Görli. Be careful, try not to do any economically significant transactions before things are cleared out.

As a precaution, members of the crypto community have advised users against making significant transactions on Ethereum and other chains until the issue is resolved and the majority of nodes update to the latest version of the Geth software. “Stay away from doing txs for awhile till confirmed, unless you are sure you are submitting to latest geth,” DeFi developer Andre Cronje wrote. “Go for a walk outside, we all need it.”

Fork between latest geth and older geth on mainnet. Stay away from doing txs for awhile till confirmed, unless you are sure you are submitting to latest geth.

Go for a walk outside, we all need it.