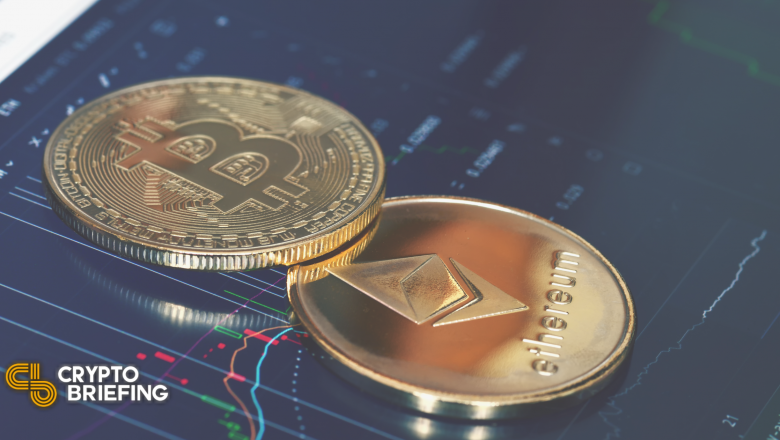 Was the recent crypto crash bound to happen? Or was it engineered? Is the bull market over for good? Or is the market gaining momentum, preparing for big movements? Your guess is as good as ours, but Moonrock Capital’s Simon Dedic is of the opinion that weak hands got their foot caught in a bear trap. Once again, they fell for a rich man’s trick.

Before we explore the case further, let’s make sure we’re on the same page by consulting Investopedia’s description of what happens in a bear trap:

To increase demand and get stock prices to rise, institutions might push prices lower so that the markets look bearish. This causes novice investors to sell stock. Once the stock drops, investors jump back into the market, and the stock prices rise with the increase in demand.

I tend to believe this was just a massive bear trap.$BTC to 100k and $ETH to 9k still possible for me.

So, were the sellers played?  Let’s find out.

Where were we before this possible bear trap?

A mere month ago, Bitcoin was going through a long consolidation period and Ethereum was booming. The “flippening” narrative returned and all eyes were on the upcoming hard fork “London,” which will make ETH a deflationary asset.  Then, the crypto crash happened.

A week ago, Ethereum was riding high after hitting a new all-time high of $4.4k. Since then, ETH has been caught in a downtrend, with things getting much worse due to the crypto crash.
At one point, at the height of the panic selling, the price of Ethereum dipped as low as $1.9k before wicking back up. That’s a 57% loss from its all-time high.

The situation doesn’t look as hopeless at the moment. Ethereum is on an uptrend and each coin costs $2.813 at the time of writing.

Where are Ethereum and Bitcoin right this minute?

The market looks healthy, even if it took a beating over the weekend. Both cryptocurrencies are slowly gaining traction, at comparable speed. The ride feels stable now, and we all know what that means… surprises ahead. Coindesk has Steven McClurg, CIO at Valkyrie Investments, predicting exactly what these surprises might be:

“Due to the law of large numbers, it takes many more users today than it did a year ago to increase activity on the bitcoin network to the point it drives the price higher,” said McClurg.  “ETH is getting traction due to ETH 2.0 and those staking their assets to the network in anticipation of proof-of-stake, taking out supply as demand comes in.”

Is he right? So far, stats and charts don’t show it. In fact, the trends are at the exact same level as when the website Bitcoinist called off the flippening:

Ethereum has still around 40% of Bitcoin’s market cap. And the percentage is exactly the same if we compare the active nodes. It already surpassed BTC in everything that has to do with transactions, from quantity to fees generated. And ETH is not even close in Google search interest and active addresses.

For a closer look at the stats, check here.

Did we fall into a bear trap, then?

If we did, we’re still in there. So, we don’t yet have the necessary perspective to make a call. Certain indicators point that way, though. For example, this crypto enthusiast seems to have identified a historical pattern:

And this whale is undecided but hopeful:

Not ready to rule out the possibility that we’re somewhere around here: pic.twitter.com/mXLVq3hfez

In any case, bear traps only catch amateurs. This has nothing to do with a diamond-handed person such as yourself. Still, it’s nice to know where we’re standing. Or, at least, to theorize about it.