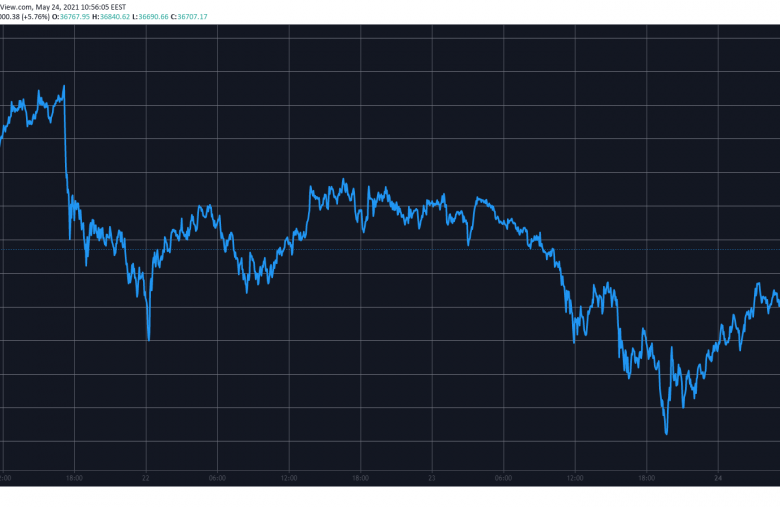 After another trading day of pain for the bulls, bitcoin has bounced off and jumped over $36,000. Most alternative coins continue their suffering, which is evident by BTC’s market dominance. The metric is up by more than 5% in days and is above 45%.

The primary cryptocurrency has been on a downfall for the past few weeks, and the situation didn’t really change during the weekend. More FUD coming from China, this time connected with miners located in the nation, intensified the market disruptions.

Bitcoin slumped from 42,000 to below $34,000 in hours on Friday and Saturday. While it attempted a brief recovery, the bears kept the pressure on and pushed it further south.

In the past 24 hours, BTC dumped to just over $31,000 after some mining pools halted their operations in China. Nevertheless, the bulls intercepted this move and reversed the trajectory.

Bitcoin initiated an impressive leg up that resulted in adding roughly $6,000 of value. As a result, the cryptocurrency touched $37,000 and currently stands near that level.

BTC’s market dominance has reacted positively and has increased well above 45%. The metric comparing bitcoin’s market cap with all other altcoins dumped below 40% a few weeks back, but the alts have suffered even more throughout this crash.

As mentioned above, the alternative coins didn’t enjoy the past few weeks. Ethereum is among the most substantial losers as it traded above $4,400 earlier in May. However, the adverse developments drove the second-largest cryptocurrency south hard.

In the past 24 hours alone, ETH dumped to $1,750, which became the asset’s lowest price point since late March. However, it has recovered some ground, reclaimed $2,000, and currently stands just shy of $2,300.

Binance Coin also fell hard yesterday as it nosedived to $210. This became the asset’s lowest trading price since early March. Similarly to ETH, though, BNB has reacted well since this dump and has neared $300.

Ultimately, the cumulative market capitalization of all crypto assets is up by $300 billion from yesterday’s low to over $1.5T now.