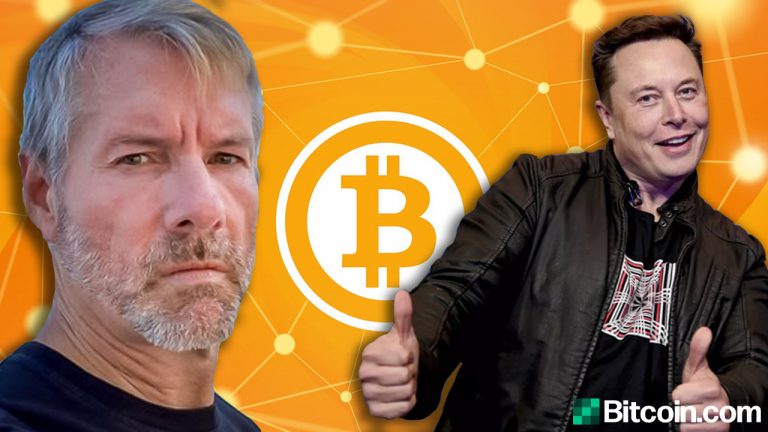 After Tesla’s Elon Musk and Microstrategy CEO Micheal Saylor revealed the revelation of a newly created “Bitcoin Mining Council,” the news became a viral subject. While some crypto supporters like the idea, others have been skeptical of a couple of billionaires having closed-door meetings with North American bitcoin miners.

On Monday, Elon Musk told his Twitter followers that he recently spoke with North American bitcoin miners, as he said they are “committed” to working toward using renewable energy sources.

Following Musk’s statement, Microstrategy’s CEO Micheal Saylor said he hosted the meeting between Musk and the “leading bitcoin miners in North America.” Saylor further revealed some of the mining participants that have joined the “Bitcoin Mining Council.”

According to Saylor’s tweet, miners such as Riot Blockchain, Core Scientific, Galaxy Digital, Hive Blockchain, Hut8, Marathon, Argo Blockchain, and Blockcap have joined the initiative. Despite some people’s optimistic opinions about the Bitcoin Mining Council, not everyone was positive about this announcement.

For a great number of crypto proponents, the closed-door meeting was looked at as shady and reminded them of the infamous Hong Kong and the New York Agreements. For instance, the Twitter account @altcoindailyio responded to Saylor’s tweet and said:

Closed door meetings do not typically have any good outcomes in #Bitcoin's history.

The Hong Kong and New York Agreements are very controversial times within the community. The Hong Kong Agreement took place on February 21, 2016, and was titled “Bitcoin Roundtable Consensus.” In that specific agreement, it said that the signatories agreed that the Bitcoin protocol would increase the block size to “2 MB, with the total size no more than 4 MB.”

Many people signed the Hong Kong Agreement, including people who changed their positions later, and then decided to fight against any block size increase. Signatures from individuals, who in more recent times have been wholeheartedly against any block size increases, including people like Luke Dashjr, Matt Corallo, Peter Todd, Adam Back, and Samson Mow.

The New York Agreement was initiated by the company Digital Currency Group and also became a controversial meeting. This meeting was dubbed “Bitcoin Scaling Agreement at Consensus 2017” after it was held during Coindesk’s Consensus conference in New York that year.

Once again, a 2 MB block size increase was proposed and agreed upon by a great number of industry participants from 58 companies located in 22 countries, and 83.28% of hashing power. The only part of the New York Agreement that made it through was the implementation of Segregated Witness (Segwit), and the 2 MB increase was squashed.

These prior meetings with miners have caused a lot of controversy within the cryptocurrency community, so Saylor’s and Musk’s Bitcoin Mining Council has been looked upon with the same skepticism.

Some of the bitcoiners on the Reddit forum, r/bitcoin, don’t seem to appreciate the two billionaires interfering with miners and addressing carbon neutrality. One Reddit post calls the Bitcoin Mining Council a “publicity stunt to address environmental concerns.” In another post, one Redditor said:

The conspiracy theories on r/bitcoin are littered all over the first few pages of the forum. One r/bitcoin post predicts that Tesla will soon announce a so-called Tesla Bitcoin mining operation and many people agreed with the theory.

Despite the conspiracies, members of the Bitcoin Mining Council look forward to promoting the concept of environmentally friendly bitcoin mining operations. Executives from Argo Blockchain (LSE: ARB) said the firm discussed the situation with Musk and Saylor. Following the meeting, Peter Wall, Chief Executive of Argo Blockchain, said: “Today is a good day for the planet.”

“Sustainability has always been at the heart of Argo’s mining operations and the newly-formed Bitcoin Mining Council is the next logical step in fostering a sectoral shift towards renewable energy,” Wall said in a statement. “I enjoyed speaking with Elon Musk about these issues this weekend, and look forward to joining Michael Saylor and other leading North American miners in working to future-proof an industry that must collectively improve sustainable mining practices and take ESG concerns seriously.”