Data: Bitcoin Bull Run May Be Less Than One-Quarter Complete 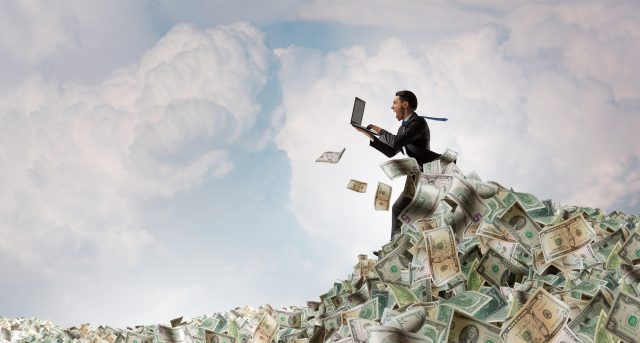 Bitcoin price continues to struggle with resistance above $60,000, but data suggests it is refueling for a much larger move higher. In fact, the same data could point to the current bull run only being roughly one-quarter or less of the way through to completion.

There’s also a chance that the cryptocurrency bull run is only just getting started, making potential targets as high as $400,000 per coin when it is all said and done.

Right on schedule – according to its regularly scheduled halvings – Bitcoin is back in full bull mode. Within a year, the cryptocurrency climbed from $4,000 to more than $60,000 per coin. But once it got to that local high, the leading cryptocurrency by market cap has now spent several weeks below the now strong resistance level.

At the same time, price action has failed to bring Bitcoin back to support levels any lower than $50,000, keeping the bull trend in tact and eyes on targets much higher.

This #Bitcoin Bull Run is still far from overheated on multiple on-chain indicators.

In comparison to 2017, it appears we're around the $3k-5k range. pic.twitter.com/Vj2CFyuEBx

And while there’s still no ruling out a more substantial correction due to technicals being so overheated, ongoing buy pressure from institutions while BTC supply diminishes implies this is the calm before the storm.

The Puell Multiple backs up the theory that new highs are just ahead, potentially indicating that the current bull market is merely one-quarter or potentially less of the way through.

According to the Puell Multiple, there’s a lot more room to climb before the peak is in of this cycle. The metric doesn’t say anything about corrections along the way, but does project that the current rally is far from finished. But how far through the current are we exactly?

The tweet above suggests that Bitcoin is roughly between 15 to 25% through its current bull market, matching up well with the $3,000 to $5,000 range. This zone ultimately built enough long-term support to catch the cryptocurrency’s bear market free fall, and the current resistance level could one day act as bear market support.

But for now, bulls are in charge.

Even if the top crypto by market cap failed to meet these lofty expectations, and instead was roughly 50% of the way there, the top would still be at least another $60,000 away – leading to six figure BTC at minimum.