Data shows Bitcoin is ‘replacing’ gold as a store of value 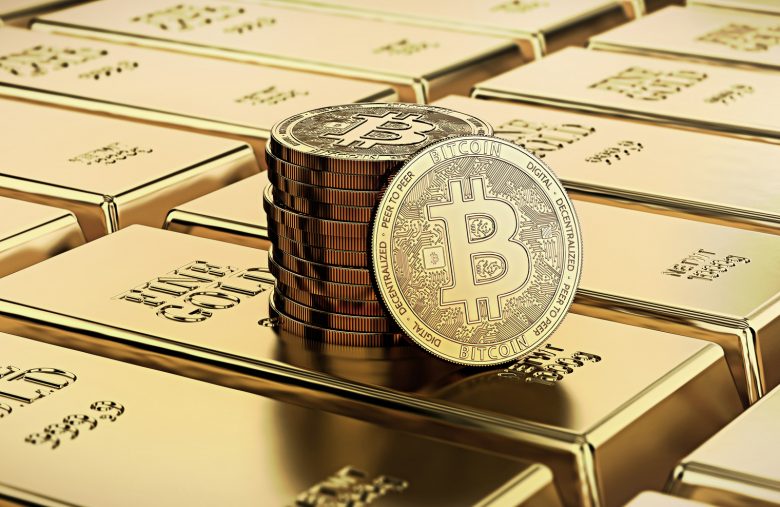 Bitcoin, the ‘digital gold,’ is giving the real deal a run for its money. Or at least the data shows so.

Gold will see use in jewelry

Data from Bloomberg shows investors are scooping up Bitcoin at an unprecedented rate in current times, with the cryptocurrency fast becoming a part of portfolios around the world.

Much of the push is led by investors seeking an alternative, uncorrelated asset to traditional instruments such as bonds or equities amidst fears of global inflation and a bleak economic outlook.

Mike McGlone, a commodity analyst for Bloomberg, said in a tweet today that Bitcoin’s growth was seemingly eclipsing that of even gold. “Digital gold pushing aside the old guard. Gold will always have a place in jewelry and coin collections, but most indicators point to an accelerating pace of Bitcoin replacing the metal as a store of value in investor portfolios,” he said.

It’s a statement to which even Michael Saylor, the Bitcoin-loving CEO of business software firm MicroStrategy quipped, “The Bitcoin Dragon is devouring the Kingdom of Gold.”

The #Bitcoin Dragon is devouring the Kingdom of #Gold. https://t.co/wlboKVSw1e

Gold has, since millennia, been used as a historic store of value and medium of exchange. But the yellow metal has lost much of its allure for investors in the past decade, and more so in the past year: its prices have fallen nearly 15% since an August 2020 peak despite financial assets around the world surging upwards in that period.

The decline has caused many institutional investors to reconsider their treasury strategy and turn to more valuable equities and Bitcoin instead. MicroStrategy kicked off the institutional Bitcoin momentum with a $175 million initial purchase in August last year—before going on to accumulate over $1.6 billion worth of the asset.

Tech firms like Square and Tesla purchased Bitcoin in recent times as well, with the former buying $50 million and the latter purchasing over $1 billion worth at separate times in the past few months.

It’s not only Bitcoin that’s been picked up. Meitu, a Hong Kong-listed photo editing app, picked up over $22 million worth of Ethereum last week alongside a $17 million Bitcoin purchase, citing strong fundamentals as one of the rationales behind the purchase.

Meitu's purchase of bitcoin and ethereum as a publicly listed company on Hang Seng is huge news.https://t.co/1Zw6ugn9Kq

Meanwhile, some say Bitcoin and gold can coexist. A report released last month by US bank Goldman Sachs said the two assets could not “cannibalize” each other, adding there was “enough room for both.”

The bank said Bitcoin was a more “risk-on” play while gold a “defensive” play, with the former playing a different role in a portfolio because of its historic volatility.

The post Data shows Bitcoin is ‘replacing’ gold as a store of value appeared first on CryptoSlate.