Decision Time In The Dollar Could Impact Bitcoin Trend Dramatically 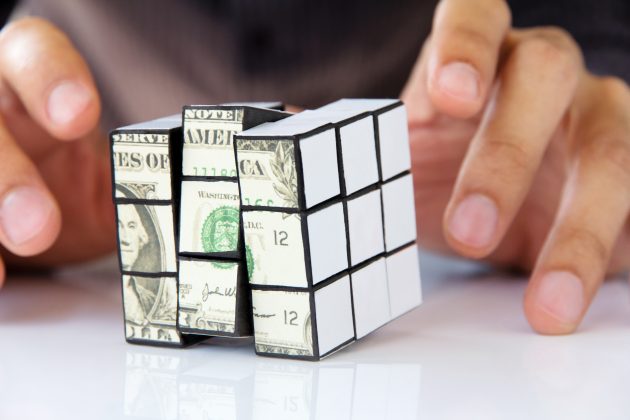 Bitcoin price is back trending upward after reclaiming $50,000 and the pivotal $1 trillion market cap level. With new all-time highs in sight, the only factor that could have a dramatic impact on the current crypto market trend, is a reversal in the dollar. This reversal has been brewing for some time, but has yet to come to fruition. It’s now decision time, and what happens in the dollar in the next 24 to 48 hours is especially critical for the continued bull market.

How Bitcoin Has Benefitted From Ongoing Stimulus Efforts

The last year has been among the worst in the dollar’s history, seeing a historic decline in the face of continued debasement by the US government. As more stimulus packages are approved, the overall fiat money supply continues to balloon and swell to unprecedented proportions.

With the value of the dollar in decline, investors have sought to put capital in the stock market, and cryptocurrencies like Bitcoin. Once Bitcoin and Ethereum took such a commanding lead over stocks, the crypto bull trend kicked into overdrive and has barely looked back since.

Bitcoin has since emerged as the “stimulus asset” according to economists, making it the best hedge against post-pandemic inflation. However, if the dollar begins to turn around, it could cause a massive pullback in cryptocurrencies and equities, potentially ending the bull market.

Any trend change in crypto and the stock market, primarily hinges on what happens next in the US dollar. The DXY Dollar Currency Index is a weighted basket of fiat currencies trading against the global reserve currency. It is the best indicator to the dollar’s performance or if it is bullish or bearish in general.

Because the dollar is the primary currency most assets are cashed out into, and due to it representing one half of most BTC base currency pairs, the impact the dollar can have on other markets is not something to underestimate.

The chart above shows the Black Thursday selloff into the dollar, and how far the dollar has fallen since due to stimulus funds flooding the economy. However, the downtrend line has been broken, and if the DXY can make it above the current bearish resistance block, a larger bullish impulse could result.

And if the dollar reverses hard with a strong move to the upside, it could prompt a greater selloff market-wide, potentially stopping the bull market in its tracks.

Of course, given the dollar’s downward path and more stimulus money having just received a green light from Democrats, the fall could continue, sending Bitcoin and the stock market to new record highs.