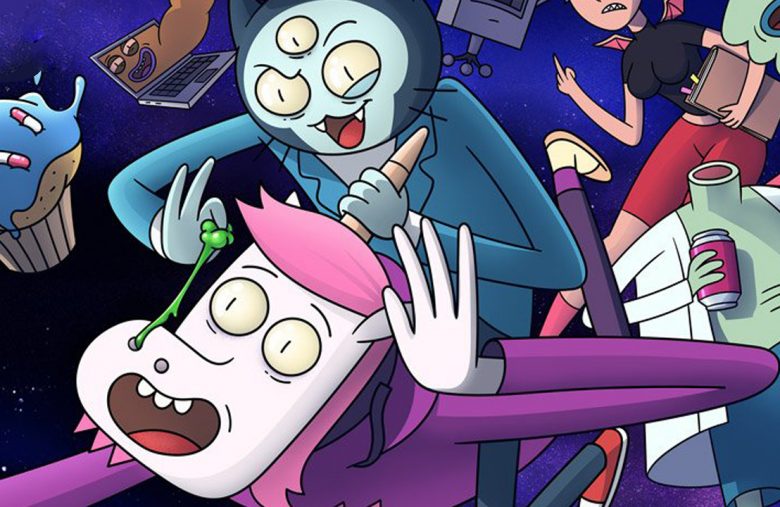 On September 3, the decentralized exchange (dex) aggregation platform 1inch announced the project has partnered with the animated series “Take My Muffin.” The multimedia animated series aims to be co-created by the crypto community and created by a professional animation studio.

A new animated non-fungible token (NFT) series called “Take My Muffin“ has announced a general partnership with the dex aggregator 1inch. Anton Bukov, the 1inch Network co-founder, says that the two teams are pleased to collaborate and stressed: “a partnership of this kind comes as no surprise.” The firm behind the 1inch Network will be sponsoring the NFT animated series.

“’Take My Muffin’ was financed by the crypto-community from the very beginning, it’s actually the very first crypto-funded animated series, while the 1inch Network is one of the most promising and successful projects in the crypto space,” Bukov said in a statement.

An explanation of the animated NFT series called “Take My Muffin.”

The “Take My Muffin” show describes the life of a unicorn called “Korney” who woke up one day after a car crash and lost its memory. According to the creators of Take My Muffin, the firm Toonbox Studio funded the series with digital currency. There are also the TMM NFT tokens that give users access to special features and TMM acts as a governance token as well.

Toonbox Studio is located in Cyprus but has a team of writers, animators, actors, and producers all around the world. The partnership announcement with 1inch explains the animated series will be launched in 2022.

“’Take My Muffin’, an animated series for adults will be released in the first half of 2022 on the 2×2 TV broadcast network and PREMIER streaming service,” the announcement details. “The production plan includes three seasons of ten episodes each.”

Pavel Muntyan, the series producer, looks forward to collaborating with the 1inch Network as the show will have elements of defi. “The plot of ‘Take My Muffin’ entwines a variety of modern tech elements, including decentralized finance (defi) and other blockchain-based solutions,” Muntyan remarked.

“Therefore, integration with leading companies in the crypto industry seems like a natural development. By the way, there is still an opportunity to sponsor the series by investing in NFT-tokens of the project on Rarible,” Muntyan concluded.

In addition to the animated series produced by Toonbox Studio, the entertainment giant Fox is also producing a blockchain-based animated series that will include non-fungible token (NFT) assets. Further, Fox teamed up with Bento Box and launched a $100 million NFT creator fund.