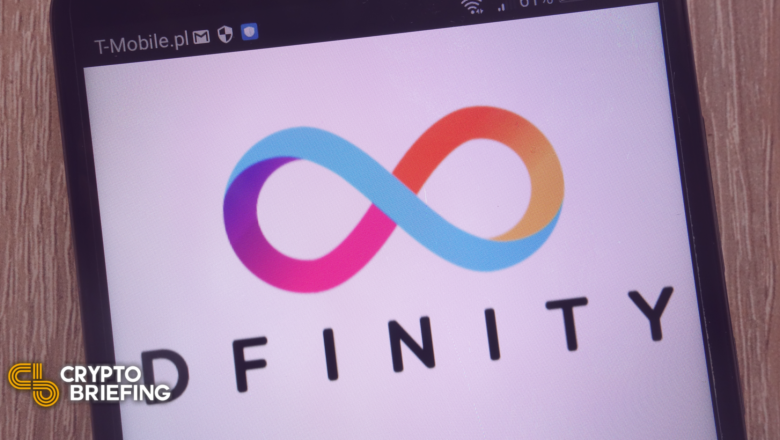 Thanks to a network fork, ICP holders may receive a new token airdrop. However, not everyone agrees with the proposal.

Dfinity’s founder Dominic Williams has shared tentative plans of an Internet Computer fork called Badlands. However, some community members have opposed the plans.

Three months after Dfinity’s Internet Computer went live, the project’s founder Dominic Williams has proposed a fork of the blockchain.

In a blog post, Williams conceptualized a new blockchain called Badlands. The post explained how Badlands would act as a sister network to Internet Computer, a highly scalable blockchain network Williams founded.

While some community members expressed excitement over the news, others criticized the proposal and questioned the motive behind issuing a separate new blockchain and token.

This is very similar to Kusama-Polkadot. $KSM $DOT

Doesn’t seem very original and also takes away from $ICP IMO. Why not just keep it as a subnet?

Also I thought ICP NNS was to prevent forks? This is essentially a fork of ICP for experimentation.

Among the critics, Jordan Last, a well-known developer working on Internet Computer said that Badlands should be deployed as a subnet rather than launched as a separate chain. A subnet is an application-specific blockchain network within the Internet Computer.

Although the decision currently remains undecided, Williams said that he would prefer to launch a new token through a network fork instead of a subnet.

Please, please, please just do this as a new subnet type if you're going to do it at all.

I have multiple concerns with the Badlands concept, but most of them stem from the introduction of an entirely new network and token.

Just skip all of that and create new subnet types. https://t.co/8tTninbXEM

Other critics say that a new token could exacerbate the previous ICP token distribution debacle that took place following the mainnet launch in May.

A report by Arkham Intelligence alleged that the Dfinity team front-ran investors through their distribution of ICP tokens. Arkham found that the team allegedly forced vesting schedules upon seed investors and airdrop holders, while insiders at the firm were able to liquidate unvested allocations of the token.

The purpose of Badlands is to bring amateur node providers into the Internet Computer ecosystem, something people have long been asking for

This schedule allegedly contributed to ICP’s price drop from $730 to around $38, the equivalent of a 95% drawdown. The crash wiped over $300 billion in value in less than a month, making it one of the fastest in crypto history.

Rather than clearing up Arkham’s accusation, Dfinity has chosen to remain silent on the issue. However, Williams responded to a Dfinity fan’s question about the report claiming that it was “sponsored by a competitor.”

Williams claims that the Badlands network will be open to everyone to run nodes using cheap device configurations like the Raspberry Pi. This would overcome the need for buying expensive hardware currently needed to run a node for Internet Computer.