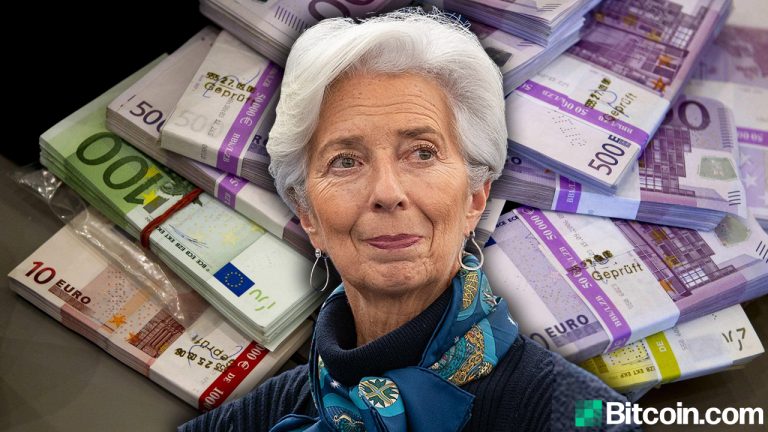 The president of the European Central Bank (ECB), Christine Lagarde, warned that cryptocurrencies are prone to money laundering. She agrees with the governor of the Bank of England, Andrew Bailey, who recently said that cryptocurrencies have no intrinsic value and investors should be prepared to lose all their money if investing in them.

Crypto-currencies — these two things don’t go well together and I totally agree with Dr. Bailey’s conclusion in that respect.

Lagarde further noted that “There are crypto assets … which people are free to invest in and take total risk into, and there are particular cryptos that are, in my view, so prone to money laundering activities.” She did not mention any cryptocurrencies by name.

When asked whether the ECB is competing with cryptocurrencies with its digital euro, Lagarde said that cryptocurrencies are different from stablecoins and central bank digital currencies (CBDCs). By investing in cryptocurrencies, the ECB chief emphasized that “it’s a real risk that people are taking,” citing the bank of England governor, Andrew Bailey.

A longtime crypto skeptic, the Bank of England chief reiterated:

I’m going to say this very bluntly again. Buy them only if you’re prepared to lose all your money.

The U.K.’s financial regulator, the Financial Conduct Authority (FCA), similarly said in January that “Investing in cryptoassets, or investments and lending linked to them, generally involves taking very high risks with investors’ money … If consumers invest in these types of product, they should be prepared to lose all their money.”

This is not the first time that Lagarde voiced concerns about money laundering relating to cryptocurrencies. In January, the ECB president said that cryptocurrency is “a highly speculative asset, which has conducted some funny business and some interesting and totally reprehensible money laundering activity.”

Her comments outraged many in the crypto community. Daniel Lacalle, fund manager and chief economist at Tressis Gestion, for example, responded: “That is absolutely outrageous when we all know that the vast majority of money laundering globally is conducted in fiat currencies, particularly in U.S. dollars and euros.”