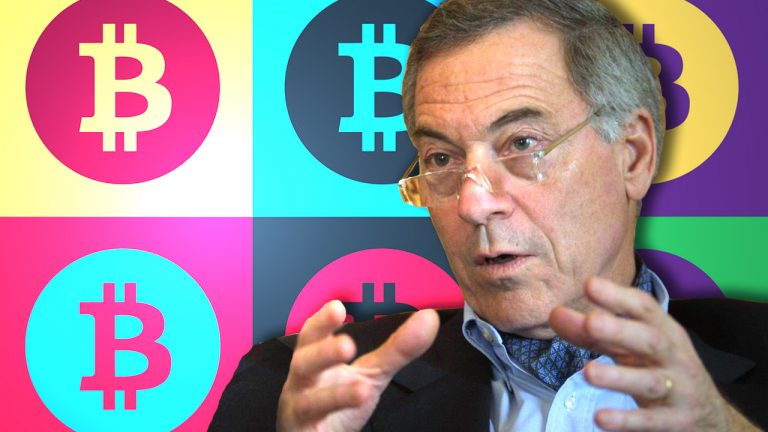 The professor of applied economics at Johns Hopkins University, Steve Hanke, has recently been criticizing bitcoin adoption taking place in El Salvador. Hanke doesn’t think it’s a good idea for the Latin American country to use bitcoin as legal tender and says it could “completely collapse the economy.”

The American economist Steve Hanke knows a lot about currencies, as he is the Cato Institute’s senior fellow and director of the Troubled Currencies Project. Hanke also was the senior economist during the Reagan administration from 1981 to 1982. The economist is critical of central banking and noted in 2018 that the world could use less of them. At the time, Hanke highlighted ten countries that are suffering from hyperinflation and the economist proposed that the countries either adopt the U.S. dollar or create a currency board.

Fast forward to three years later, Hanke is now discussing bitcoin (BTC) and the implications of widespread adoption. Hanke is not a fan of bitcoin and has mentioned this fact on numerous occasions. This past April, Hanke tweeted: “Bitcoin bulls hate to discuss the flaws of bitcoin. Cryptocurrencies are the future of money. Bitcoin is not.” The economist also shared an article he wrote, which stresses the use of currency boards over bitcoin.

In the article, Hanke talks about the monetary luminary Milton Friedman and Hanke also said he believes bitcoin comes with a “fundamental value of zero.” Hanke is once again attacking bitcoin after finding out that El Salvador would be leveraging bitcoin as legal tender in the Latin American country. Hanke thinks that nations like China or Russia could use El Salvador to cash out and remove USD from the equation.

“It has the potential to completely collapse the economy because all the dollars in El Salvador could be vacuumed up, and there’d be no money in the country. They don’t have a domestic currency. You’re not going to pay for your taxi ride with a Bitcoin. It’s ridiculous […] You’ve got 70% of the people in El Salvador don’t even have bank accounts, Hanke stressed during an interview with Kitco’s David Lin. Hanke continued:

The big problem with cryptos, in general, is that you can’t convert them into actual real legal tender that’s usable cheaply, and quickly. You can’t Bitcoin, for example, cheaply and easily convert into U.S. dollars.

Following the economists’ statements with Kitco’s David Lin, Hanke also shared an article on Twitter written by Bitcoin.com News author Terence Zimwara. The article explains how the Central Bank of Nigeria (CBN) has been discussing the country leveraging a digital currency by the year’s end. Hanke did not like this assessment from the CBN and said if it was like El Salvador’s idea, it would likely lead to ruin. Hanke tweeted:

If Nigeria’s plans for a digital currency is anything like El Salvador’s Bitcoin plan, it will FAIL. Instead of toying with nutty ideas, Nigeria needs to establish a USD-denominated Currency Board, like the one it had between 1913-1959.

Zimbabwean fintech lawyer and crypto proponent Prosper Mwedzi responded to Hanke’s statement about Nigeria and said: “I think a digital currency for Nigeria could improve the access to financial services depending on [the] design.” Further, a number of others disagreed with Hanke’s commentary and replied to his scathing Nigeria/bitcoin tweet.

“Hanke only has a hammer (USD Currency Board) so to him, everything looks like a nail,” another individual wrote. “Bitcoin has no such restrictions and will keep saving weak economies,” the person added.