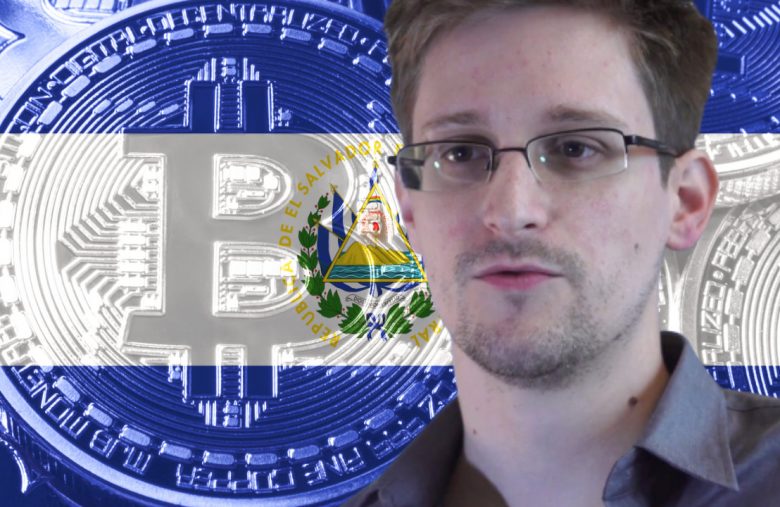 Following El Salvador making bitcoin legal tender, privacy activist and whistleblower Edward Snowden says, “there is now pressure on competing nations to acquire bitcoin — even if only as a reserve asset.” He warned, “Latecomers may regret hesitating.”

This week Bitcoin was formally recognized as legal tender in its first country. Beyond the headlines, there is now pressure on competing nations to acquire bitcoin — even if only as a reserve asset — as its design massively incentivizes early adoption. Latecomers may regret hesitating.

El Salvador’s Bitcoin Law went into effect on Sept. 7 and BTC is now a national currency alongside the U.S. dollar. Nayib Bukele, the president of El Salvador, also revealed Tuesday that his government has purchased 550 BTC.

Snowden is not the only one expecting other countries to follow in El Salvador’s footsteps and adopt bitcoin. Dante Mossi, the executive president of the Central American Bank for Economic Integration (CABEI), said that if adopting bitcoin as legal tender goes well in El Salvador and the cost of remittances drops substantially, “other countries will probably seek that advantage and adopt it.”

Even Bank of America sees benefits in adopting bitcoin as legal tender for El Salvador. “Bitcoin could be used as an intermediary for cross-border transfer … Using bitcoin for remittances could potentially reduce transaction costs compared to traditional remittance channels,” the bank wrote in early August. In addition, global investment bank JPMorgan said in June that the move by El Salvador could be “the beginning of a broader trend among similarly situated, smaller nations.”