EIP-1559 Might Not Lower the High Ethereum Transaction Fees: Report 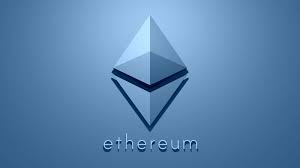 In a report exploring one of the most discussed topics within the community, namely the high fees on the Ethereum network, CoinMetrics indicates that the costs now are roughly two-times higher than during the 2017/2018 run.

However, the paper warned that the upcoming EIP-1559 upgrade might not solve the issues.

Ethereum Fees: Then and Now

The Ethereum blockchain is arguably the most widely-utilized network in the cryptocurrency space. However, being the underlying technology of the two hottest trends – DeFi and NFTs – while also having numerous stablecoins operating on top of it has caused several issues, mainly with scalability.

This led to substantial delays when transacting and, as mentioned above, unusually high transaction fees. Some extreme cases when the average costs went to new highs of over $30.

In its latest report on ETH fees, CoinMetrics examined the differences between the ongoing bull cycle and the previous one in late 2017 and early 2018. Back then, the Ethereum network was also highly-employed, particularly during the ICO craze.

Nevertheless, the document shows that the average transaction fee three years ago was $5.70. The situation now is quite different, as the average costs have been higher than that amount every day since January 18th, 2021. Furthermore, the paper reads that the median transaction fee now has been above $10 for most of the year.

Although the CoinMetrics paper admitted that ETH’s price increase has also impacted the higher transaction fees to some extent, it reads that the network congestion is the more pressing matter.

As of writing these lines, the Ethereum mempool says that there are over 150,000 pending transactions. On some occasions, that number exceeded 180,000 in the past.

To address the high gas fees issue, the Ethereum developers are currently working on the eventual launch of ETH 2.0. It will signify the transition from the proof of work consensus algorithm to proof of stake. However, that upgrade could be years away from full deployment, which is why the developers have planned several PoW updates.

The next one to see the light of day is the London Fork, scheduled to be operational in July 2021. Despite some controversy among miners, it will include Ethereum Improvement Proposal (EIP) 1559, which should help decrease the transaction fees.

EIP-1559 will change ETH’s gas mechanism by implementing an algorithmically computed base fee instead of the current user-specified gas price.

There will be a new block target size mechanism that will keep the blocks from frequently reaching their maximum capacity. The maximum block size will be doubled to 25M gas, but the target block size will remain at 12.5M gas. Additionally, some of the base fees will be burned, which will permanently remove them from supply – thus, decreasing the overall ETH supply.

However, the report said that while the aforementioned improvements should lower the average fees in theory, in reality, they “probably” won’t.

Instead, CoinMetrics noted that the adequate solution, until ETH 2.0 arrives, would come from Layer-2 scaling networks. Several blockchain projects have announced plans to launch such solutions, including Polygon (formerly known as MATIC) and Cartesi.