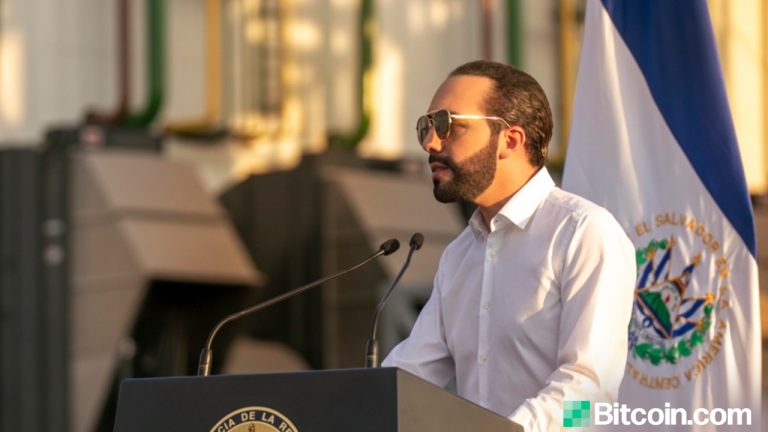 At the Bitcoin 2021 conference in Miami, El Salvador’s president, Nayib Bukele, appeared via a Zoom presentation and noted that he plans to submit a bill next week that recognizes bitcoin as legal tender. Bukele revealed a partnership with the company Strike, a bitcoin payments firm launched by Jack Mallers.

El Salvador is looking to become the first country to adopt bitcoin (BTC) as legal tender, as the country’s president Nayib Bukele announced El Salvador’s BTC support at the Bitcoin 2021 conference in Miami.
Bukele revealed that the country has formed a relationship with the firm Strike, a Lightning Network payments company created by Jack Mallers.
Mallers explained during the conference that it will go down as the “shot heard ’round the world for bitcoin.” Mallers added: “What’s transformative here is that bitcoin is both the greatest reserve asset ever created and a superior monetary network. Holding bitcoin provides a way to protect developing economies from potential shocks of fiat currency inflation.”
“Next week, I will send to congress a bill that will make bitcoin legal tender in El Salvador. In the short term this will generate jobs and help provide financial inclusion,” Nayib Bukele said at the conference via Zoom.

After the president of El Salvador announced he would submit the bill, the conference attendees went wild with excitement. The news of course went viral on crypto forums and started trending on social media as well.

Nayib Bukele is well known for being progressive since he took office in 2019 and has spoken about bitcoin before. “One small step for bitcoin. One giant leap for mankind. Thanks, Jack Mallers you made [history] today,” one individual tweeted.