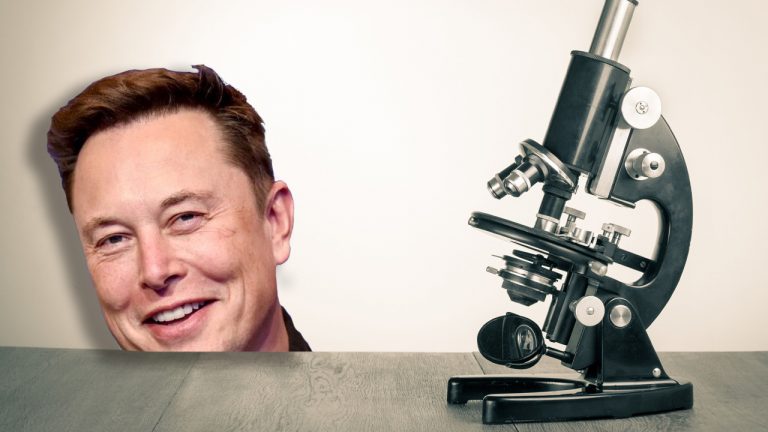 On Sunday, Tesla’s CEO Elon Musk tweeted that when there’s “confirmation of reasonable (~50%) clean energy usage by miners with positive future trend, Tesla will resume allowing Bitcoin transactions.” However, there’s a big problem with this goal, as nobody knows exactly how to measure 50% clean energy usage let alone precisely where miners are geographically located.

Elon Musk and a number of billionaires have a lot to say these days and it seems Musk can move the price of BTC with a single tweet. It surely was the case when Tesla first accepted bitcoin (BTC) for electric car purchases at Tesla.

After that announcement, BTC’s price jumped by $10K seeing one of the largest daily candles in its lifetime. Then when Musk tweeted that bitcoin wouldn’t be accepted and Tesla cited environmental concerns, the price dropped significantly. Sunday’s tweet boosted BTC prices by 9% and the price has inched past the psychological $40K region.

Despite the good intentions, it’s hard to say how Musk will accomplish his goal of figuring out whether or not the bitcoin mining ecosystem is using 50% clean energy. Some studies indicate the goal could be already met as researchers have been looking into the number of miners who leverage renewables for quite some time now.

Musk may want to read the report published by Coinshares in June 2019, which shows 74.1% of the bitcoin mining industry is “heavily” driven by renewable energy sources. Additionally, Coinshares published a report on the same subject the year prior, and found the percentage of renewable energy-dependent miners was around 77.8%.

Global asset manager Ark Invest Management explained in mid-May that concerns over the Bitcoin network’s energy consumption are “misguided.” Even John Lennon’s son detailed that Bitcoin’s use of energy was a silly argument compared to the carbon footprint that’s tied to consumerism. Moreover, one question is here: Where are all these environmentalists getting their electrical data from anyway?

Well, it seems most critiques have been leveraging data derived from Cambridge Bitcoin Electricity Consumption Index (CBECI) and the index provided by digiconomist.net. Both metrics show large discrepancies (between each site) to this very day and in December 2020, the “CBECI map hasn’t been updated for some time now.” These discrepancies and the notation that data wasn’t (at least in December 2020) being updated regularly, could be problematic for analysts.

The reason this discrepancy was highlighted in the first place by the CBECI representative was because of the website’s claims that 65% of the hashrate was located in China. This data point was disputed in July 2020, when research from Bitooda noted that only 50% of the global hashrate stemmed from China.

Despite all the increased hashrate in North America and all the Western countries purchasing thousands of mining rigs over the last month, on June 14, 2021, CBECI data still shows 65.08% of the BTC hashrate is in China. Pool statistics show Foundry USA has captured a lot more hashrate in recent times, gathering 4.3% of the global hashrate on Monday.

How much hashrate is located in China has been contested for a while now and in mid-April 2021 this fact was highlighted by the cofounder of blockchain data aggregator Coinmetrics.io, Nic Carter. On April 21, Carter further explained how hard it is to estimate hashrate percentage drops.

when hashrate dropped last week, some dishonest or misinformed people represented it as a 40 or 50% drop. this is false. based on 5 days of data, it looks like 25%. pic.twitter.com/b2mONcPn2q

Meanwhile, Microstrategy’s CEO Michael Saylor has been discussing the Bitcoin Mining Council on Twitter and noted the group will meet this week, on Wednesday. Despite the good intentions for this idea, people are still skeptical of the concept and wonder if it even matters.

“On Wednesday, you are all invited to meet with members of the Bitcoin Mining Council to discuss the latest on bitcoin Mining, the energy debate, network dynamics, China mining policy, North American mining developments, tech trends & industry outlook,” Saylor tweeted.

On Wednesday, you are all invited to meet with members of the Bitcoin Mining Council to discuss the latest on #Bitcoin Mining, the energy debate, network dynamics, China mining policy, North American mining developments, tech trends & industry outlook. https://t.co/GLTpiWI2SG

North America may have around 10% to 15% of the global hashrate, but that’s awfully small in contrast to the majority of miners worldwide. However, the latest crackdown news stemming from Beijing may push the global industry of miners toward renewable consumption anyway.

Lastly, there are lots of miners worldwide and we do have a few maps published by Coinshares and others that show some locations where mining facilities are located. Some mining operations are very open to publicly disclosing where they are located, while others are secretive and will not disclose such information.

If one cannot truly estimate where all the bitcoin miners in the world are located, then how do we know if 50% clean energy is being used? If we trust the reports, studies and information we have today, the 50% mark may be already met. Although, with the number of discrepancies and hard-to-track data points mentioned in this article, we may never know the exact number of miners using clean energy or know exactly where they are located.