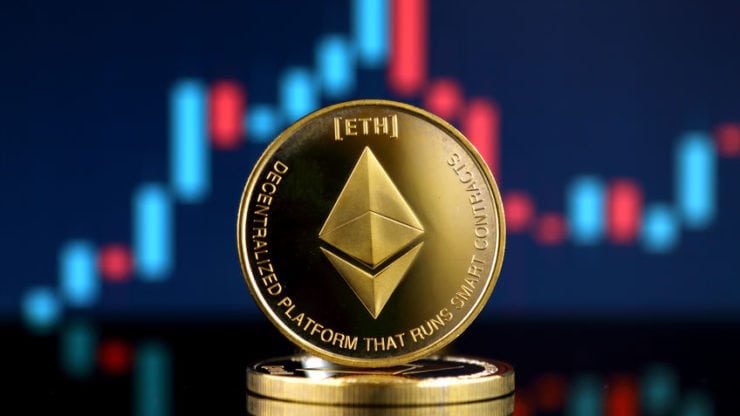 Ethereum (ETH) price is trading about 5% higher on the day after plunging more than 30% from the recent record highs.

“The regulatory issues have been around for a long time, we’ve been dispelling them for a long time. At this point, our belief is: Bitcoin is not a question of if, but when,” said Demirors, chief strategy officer at CoinShares.

“We certainly believe, you know, the best time to invest in bitcoin was yesterday — the second best time to allocate is today,” she added.

Demirors’ statement came after the number one cryptocurrency reached yet another milestone and broke above $1 trillion in market value a week ago. Similarly, Ethereum price exploded higher to trade above the $2,000 mark again.

Analysts believe that main factors behind a rally in the cryptocurrency market include adoption among large companies and investors such as Tesla, Mastercard, and the Bank of New York Mellon.

However, Demirors said that investors should be cautious and avoid allocating large portions of their balance sheet to BTC.

Technical analysis: Where next for ETH?

Since October, Ethereum price has been trading in a continuous uptrend. In January, the world’s second-largest cryptocurrency gained nearly 80% to pave the way for a trip above $2,000 in February.

The latest pullback is a result of profit-taking given that ETH exploded about 500% since October. The correction has stopped near an important support line around the $1,400 mark to allow ETH buyers to invest again. Overall, the next target for them is $2,250 while this support zone will continue to offer support in the near-term.

Regulatory issues regarding Bitcoin and the entire cryptocurrency market are not likely to slow down the rally, said CoinShares’ analyst Meltem Demirors. In the meantime, Ethereum has corrected lower after reaching fresh all-time highs above $2,000.