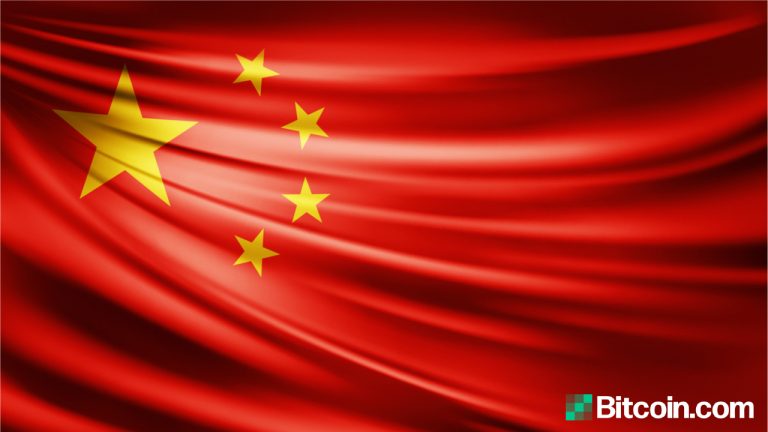 During the course of the week, the cryptocurrency community has been focused on China and the country’s Financial Stability Board detailing that it aims to crack down on the bitcoin mining sector. Following the statements from Chinese officials and a few crypto businesses abandoning services in the region, executives from some of China’s largest bitcoin mining companies have openly discussed the situation.

The million-dollar question right now is whether or not the Chinese government will continue to crack down on the crypto industry. It all started when Reuters published a report on May 18, that said: “China bans financial, payment institutions from cryptocurrency business.” Essentially the news publication said that “three financial industry associations” from China told financial institutions and payment processors “not to offer any crypto-related services.”

Services include “account openings, registration, trading, clearing, settlement, and insurance, reiterating the 2017 ban,” Reuters further noted in a follow-up explainer the next day. Then five days ago, regional reports detailed China’s 51st meeting of the Central Financial and Economic Affairs Commission, and the organization’s director, Liu He, discussed the bitcoin mining sector. Again, the Economic Affairs Commission and Financial Stability Board said it would crackdown on illegal bitcoin mining and monitor the sector.

Following the economic affairs meeting and statements from Liu He, Btc.top’s CEO Jiang Zhuoer spoke about the situation. “According to the minutes of ‘China Financial Stability Board:’ We resolutely prevent and control financial risk…. we shall crack down Bitcoin mining and crypto trading activities in order to prevent individual risks from being spread to the social level,” Zhuoer said.

“From there, we can see that the main spirit of the meeting is to ‘prevent and control financial risks,’ to restrain social capital from flowing into the crypto mining sector which might lead to risks transferring from individuals to the whole society,” Zhuoer continued. “In other words, individual mining is and has always been allowed as long as you’re responsible for your own risks and profits, whilst the mining operated by financial capital might be [forbidden].”

Zhuoer also compared the minutes this year to what was said during the minutes’ definition declared back in 2013, which was repeated Zhuoer added. The Btc.top CEO spoke about September 4, 2017, that day the world watched China ban initial coin offerings (ICOs) and then the shut down of domestic crypto exchanges. As far as China’s bitcoin miners, Zhuoer says the guidelines may invoke some losses but it may not be as bad as most think.

“Large [datacenters] and major veteran miners may suffer a significant loss this time, while the whole Bitcoin network will be as resilient as always,” Zhuoer stressed. “The worst scenario would be: large datacenters are shut down and we go back to old days in 2014-15. Small miners install several miners at home; Medium miners set dozens of miners in a warehouse or a few hundred miners in a factory; Veteran miners find a small remote hydroelectric power plant and locate there a couple thousand miners.”

In conclusion, bitcoin mining will exist as normal, except the mining in China will be shifted from industrial-size datacenters to home miners, small or medium-sized miners. The entire Bitcoin network will always be strong even [if] its hashrate [declines] by 50%.

In addition to Btc.top’s CEO, executives from a number of other Chinese mining firms and rig manufacturers spoke about the reported crackdowns. Reuters reported on May 26, that Chinese ASIC manufacturers “are now looking elsewhere for growth.” Alex Ao, vice president of Innosilicon Technology explained that “foreign miners will benefit.” “Places like North America and Central Asia have advantages in terms of power supply and policy support,” Ao detailed.

In another statement, Hangzhou-based Ebang International remarked that “domestic customers will go overseas to mine.” “Mining machines will still be in short supply,” the Ebang spokesperson added. Edward Lu, senior vice president of Canaan Inc, added his opinion about the situation in China. “The strategy should be to strenuously develop markets such as Kazakhstan, Canada, and North Europe, where energy resources are abundant and cheap, while regulations are clear and predictable,” Lu said.

Meanwhile, the Shenzhen-based firm Bit Mining announced plans this week that it will construct a 100 MW bitcoin mining data center in Kazakhstan. Formerly known as 500.com, Bit Mining owns Btc.com and the mining rig manufacturer Bee Computing. Similar to Bit Mining both Btc.com and Bee Computing are based in China and may face harsher regulations.

The Sichuan Energy Regulatory Office also revealed this week that it will gather on June 2 to discuss bitcoin mining. The meeting is required by China’s National Energy Administration, according to a regional report.