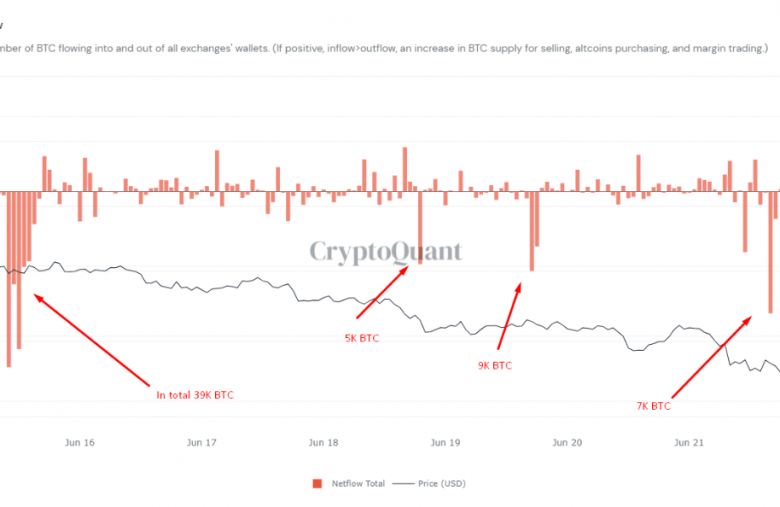 Bitcoin whales have used the recent price dump as an opportunity to accumulate more BTC according to on-chain data. This came as the cryptocurrency dumped below $29,000 following substantial sell-offs from large players.

BTC whales represent large wallets that contain between 100 and 10,000 bitcoins, and their role in the market is crucial. According to a recent report, such addresses had bought more than 90,000 coins in less than a month, and they were holding roughly half of all BTC in circulation.

Keeping in mind the millions of lost coins, whales’ actions generally have an immediate impact on the market. And, this was the case last week when the Whale Capitulation Index turned negative, showing that they have started to dispose of their assets.

At the time, BTC dabbled with the $40,000 price line, but it quickly dipped further south. This correction culminated yesterday as the cryptocurrency fell to its lowest price line in nearly half a year of $28,500.

At this point, though, the whales changed their tune and used the opportunity to buy the dip, reveals CryptoQuant data. As the graph below demonstrates, the BTC Netflow to/from exchanges went into “deeply” negative territory as the price dumped. The analytics company suggested that “some whales are accumulating” again.

Roughly 5,000 bitcoins left centralized exchanges, which, with today’s prices, have a USD value of $170 million.

Who Else Bought Again?

During similar steep corrections, the ever-vocal cryptocurrency community likes to express its support to the primary cryptocurrency on social media. Some even go further by outlining that they have also taken advantage of buying more at lower prices.

Cathie Wood’s ARK Investment Management was among the first to say so. As explained in the daily trade summary, it utilized the services of the Grayscale Bitcoin Trust to acquire over one million shares.

Anthony ‘Pomp’ Pompliano also bragged on Twitter about his purchase. Other prominent names that suggested doing the same include the CEO of Grayscale, Michael Sonnenshein, who said, “you are crying. I’m buying.”