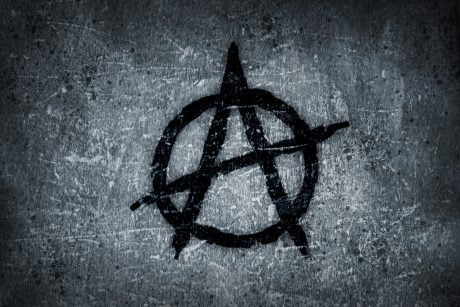 As Bitcoin price makes headlines across mainstream and financial media, skeptics of cryptocurrencies have come out of the woodwork in droves.

The latest skepticism comes from Tim Bond, partner and portfolio manager at Odey Asset Management, who claims that Bitcoin has very little benefit to society, and instead is an extreme form of Libertarian anarchism. But could there actually be truth in the bold, blanket statement?

Tim Bond Bashes Bitcoin As Pointless, Vile, And Damaging To The Environment

Bitcoin is a subject that most economists, tech enthusiasts entrepreneurs, and fund managers alike are asked about these days, as the asset has ballooned from under $10,000 to more than $50,000 per coin in less than one year.

Depending on who you ask, it is the most important technological revolution since the internet, while others might claim it is a bubble wait to burst.

Tim Bond, fund manager at Odey Asset Management, instead calls it “particularly vile,” “pointless,” and “damaging to the environment.”

Bond claims that Bitcoin isn’t only emitting more CO2 than most small economies, but that it is spearheading “a particularly extreme form of libertarian anarchism,” which he says is why the cryptocurrency is so popular amongst Silicon Valley types.

“If bitcoin starts to displace fiat currencies [government-issued currency that is not backed by a commodity], governments’ ability to tax, spend and redistribute will be severely impaired,” Bond continued.

Bond, however, is absolutely right about at least one thing: Bitcoin could severely impact a “governments’ ability to tax, spend and redistribute” – a system that is arguably broken already.

Governments like the United States establish control over society through their money, and without that leverage, society won’t be as compelled to comply with taxation and other forms of control.

While much of this infrastructure was designed for the benefit of civilized society, governments have abused this control and how they redistribute wealth is a major ongoing economic problem that only Bitcoin has the potential to fix.

By removing the government from the equation, it will require community consensus – something the crypto industry does well – to handle redistribution in the future.

Bitcoin has several key benefits that give the unique cryptocurrency its underlying value. It cannot be counterfeited, there are only 21 million BTC available ever, and much more. However, the greatest benefit of all could be the fact that governments can control it – something that Bond clearly can’t comprehend.