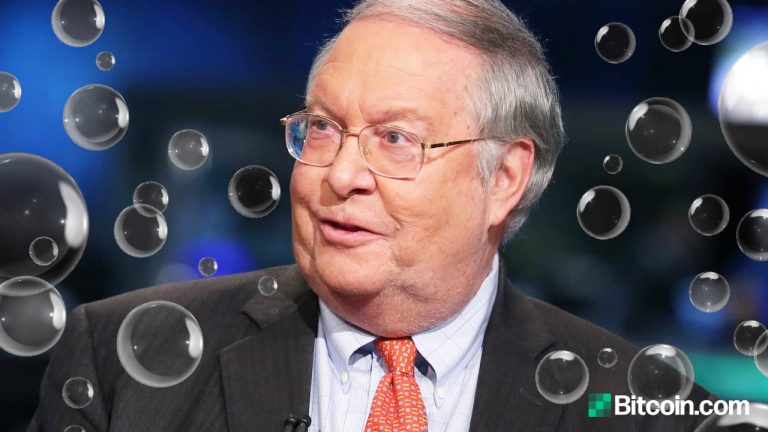 Bill Miller, the founder and chief investment officer of Miller Value Partners, does not think bitcoin is a bubble. Instead, he said it is at the beginning of mainstream adoption. Remaining bullish on the cryptocurrency, the famed value investor explained that bitcoin’s price will rise as the demand for the crypto is growing faster than its supply.

Longtime value investor Bill Miller is the founder of Miller Value Partners and currently serves as the chairman and chief investment officer. He is also the co-portfolio manager for Opportunity Equity and Income Strategy funds. Prior to Miller Value Partners, he co-founded Legg Mason Capital Management.

He was asked in an interview with CNBC last week whether there is a lot more upside to the price of bitcoin. Miller replied: “There are many many different ways to look at bitcoin. The simplest way is just the supply and demand.” Emphasizing rising institutional interest in the cryptocurrency as it enters into the mainstream, he elaborated:

Supply is growing 2% a year and demand is growing faster. That’s all you really need to know, and that means it’s going higher … I don’t think this is a bubble at all in bitcoin, I think this is now the beginning of a mainstreaming of it.

Comparing bitcoin’s recent rally to what happened in 2017 which he said “was a bubble,” Miller acknowledged that the price of bitcoin will be volatile as seen in the recent price swings. “Even back then during the bubble, it went down 20% on five different occasions so with bitcoin, volatility is the price you pay for performance,” the asset manager opined.

Miller shares the same belief as many bitcoin investors that the cryptocurrency is “digital gold. “Gold is about a $10 trillion asset category and bitcoin is $1 trillion, and it’s infinitely divisible or almost so,” Miller said. “It’s easily transportable and can be sent anywhere in the world if you have a smartphone so it’s a much better version, as a store of value than gold.”

Furthermore, he pointed out:

There’s $15 trillion of negative-yielding bonds out there so why would you have that when you can own something that at least has the potential to go up.

While Miller does not think that bitcoin is a bubble, some fund managers do. Guggenheim CIO Scott Minerd recently said bitcoin looks “very frothy,” warning of a major correction that could push the price of the cryptocurrency down to between $20K and $30K. In addition, the Bank of America Fund Manager Survey for April shows that the majority of fund managers see bitcoin as a bubble.