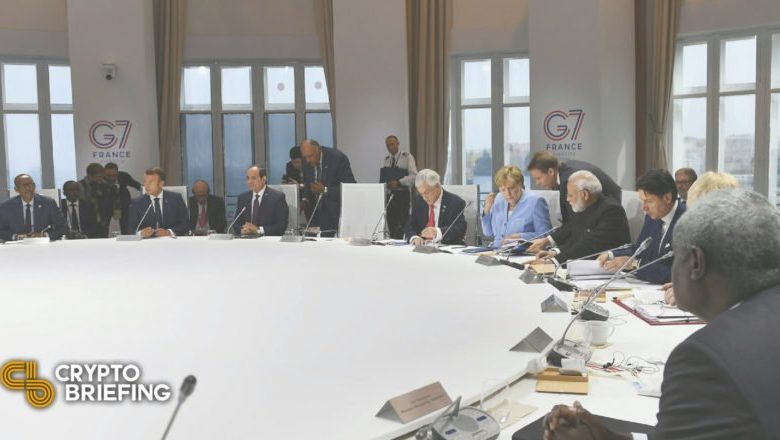 In the sanctions’ press release, the group called Russia a “global economic and financial Pariah.”

The United States and other G7 countries, as well as the European Union, have imposed further sanctions on Russia. A crackdown on perceived usage of crypto as a means to circumvent sanctions is a key component of the new sanctions.

Today, several governments in the West announced their increased focus on preventing virtual assets from being used to circumvent the sanctions imposed on Russia in the midst of its invasion of Ukraine.

Member nations of the Group of Seven—(G7), the U.S., U.K., France, Canada, Japan, Italy, and Germany—as well as the European Union, announced various new sanctions meant to “collectively ramp up pressure on Putin and build on the unprecedented package of economic sanctions and export controls the United States and over 30 countries have already imposed on Russia.”

One of the primary new measures announced today was a doubling down on efforts to minimize crypto’s potential as a means to evade sanctions.

In a joint statement, the many participating nations wrote about their commitment to ensuring the sanctions remained efficacious by reducing evasion and loop-holes. The statement specifically highlighted the need to “ensure that the Russian state and elites, proxies and oligarchs cannot leverage digital assets as a means of evading or offsetting the impact of international sanctions, which will further limit their access to the global financial system.” The group said it would ramp up efforts to improve detection and interdiction of illicit activity, imposing costs on the illegal use of digital assets by Russians.

The statement noted how current sanctions already applied to cryptocurrencies, something the EU clarified two days ago.

A fact sheet released by the White House emphasized that measures taken against Russia “require[d] all U.S. persons to comply with sanctions regulations regardless of whether a transaction is denominated in traditional fiat currency or virtual currency.” The Treasury noted its commitment to exercising its “broad enforcement authorities” against violators.

Separately, Ukraine’s vice prime minister Mykhailo Fedorov called upon Tether, the provider of the crypto market’s leading stablecoin, to block transactions for all Russians, claiming it would be a measure “for peace.” This follows Fedorov’s asking of major crypto exchanges to block Russian users, expressing his view that it was “crucial” to “sabotage ordinary [Russian] users.” Major crypto exchanges denied his request, only blocking users when required by law.