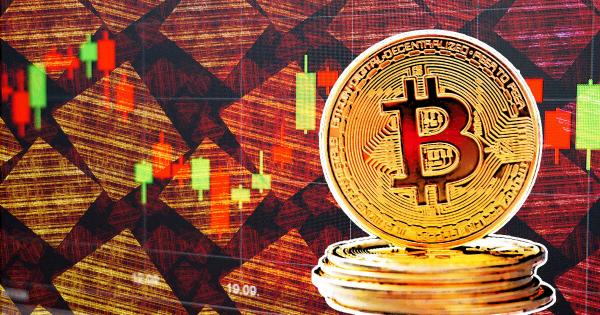 A recession “is a period of declining economic performance across an entire economy that lasts for several months.” It is usually measured by seeing two-quarters of negative GDP growth.

The last recession was over ten years ago and lasted around 18 months. It was caused by the sub-prime mortgage crisis of 2008 and resulted in the collapse of some of the most prominent financial institutions in the US, namely Bear Stearns, Lehman Brothers, and AIG.

At the same time as the financial collapse, somewhere in the world, Satoshi Nakamoto was in the process of creating Bitcoin. While Satoshi did not make Bitcoin in direct response to the crash; he did have some clear views on the resulting economic climate; he famously said:

“The root problem with conventional currency is all the trust that’s required to make it work. The central bank must be trusted not to debase the currency, but the history of fiat currencies is full of breaches of that trust. Banks must be trusted to hold our money and transfer it electronically, but they lend it out in waves of credit bubbles with barely a fraction in reserve. We have to trust them with our privacy, trust them not to let identity thieves drain our accounts. Their massive overhead costs make micropayments impossible.”

The genesis block of Bitcoin was mined in 2009 and contained the famous line:

“The Times 03/Jan/2009 Chancellor on the brink of second bailout for banks.”

This message intends to prove the date of the block and serve as a commentary on the economic climate.

The mechanics built into the Bitcoin blockchain that reduces the reward for completing a block is known as a halving, which occurs every four years. There have been just three halvings since the inception of Bitcoin, and each time it has highlighted the start of the next bull run.

The world has not faced a global recession in Bitcoin’s lifetime, excluding the global flash crash in March 2020.

The link between Bitcoin halving and price is well discussed. The stock-to-flow model has often been cited concerning Bitcoin rewards. It compares Bitcoin to other store-of-value commodities such as gold, noting:

The analysis of Bitcoin’s halving events is purely mathematical. It completely disregards macroeconomic factors that lie outside the blockchain’s code. It is a purist view of the potential worth of Bitcoin.

However, value is not created in a vacuum of academia. It relies on the outside world — a world currently embroiled in turmoil.

Until recently, the Gross World Product (or global GDP) has seen consistent growth since 2009, aside from a temporary economic slowdown in 2015. Bitcoin has only existed in a world of development and economic prosperity

The above chart from the IMF looks exceptionally bullish for the world as they project that global GDP will continue to grow over the next five years to close to $150 trillion. However, the outlook is not as optimistic if we view the real GDP.

Global GDP was negative in 2020 for the first time since 2009. While the percentage change in 2021 brought us back into the positive, the projections for 2022 and beyond are currently trending downwards. Further, Goldman Sachs has declared that the odds of a U.S. recession within the next two years have risen to 35%.

Bitcoin in a recession

Bitcoin is often referred to as a store of value, and it is for this reason, that many look to the stock-to-flow model for guidance.

Therefore, comparisons are commonly made between Bitcoin and gold. Following the 2008 recession, the price of gold peaked at an all-time high of $1,834 in September 2011. It did not reach this level again until the flash crash and global crisis resulting from the pandemic.

We can overlay the price of gold to the price of Bitcoin, including halving events, to see how they have both performed since Bitcoin’s invention.

The price of gold dropped following both the 2012 and 2016 halvings. However, the 2020 halving, which happened amid a crash in global GDP, saw the price of gold explode before declining in 2021. Thus, gold does not seem to fare well during Bitcoin halving events.

However, gold and Bitcoin sank in March 2020 when the world economy panicked over global lockdowns. The decline shows that Bitcoin may not be recession-proof as it fell to a low of $3,000 before it began its climb to $68,789.

There has not been a Bitcoin halving at a time when global economic growth was on a consistent downward trend. Yet, this may happen for the first time in 2024, and we will discover how the world indeed views Bitcoin when it happens.

However, one important thing to note is that mere knowledge often invalidates a pattern once a pattern is discovered. These projects are based on theoretical values based on the mathematically fixed supply of Bitcoin. Many other real-world events can have a much more significant impact on the price of a cryptocurrency. It is simply fun to look at the patterns and theorize possible outcomes.