How Decentralized Is Solana? 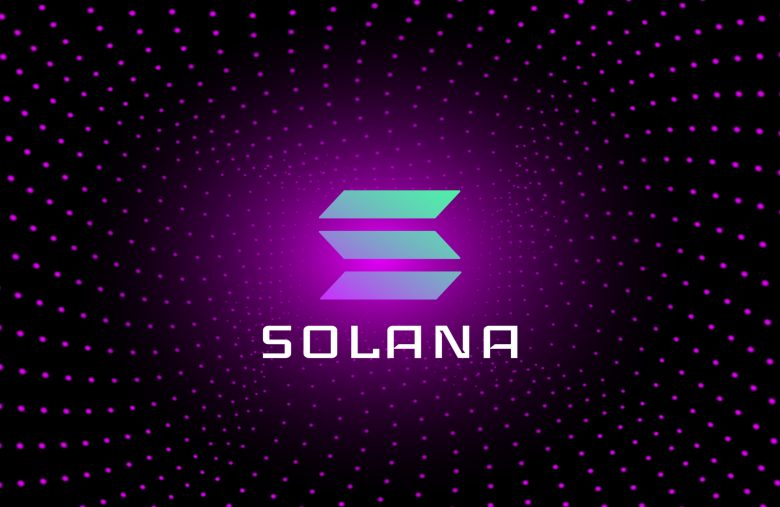 With the Solana ecosystem growing at a rapid rate, discussion over the network’s degree of decentralization is increasing.

Solana has gained many new users this summer thanks to its fast transactions and low fees. However, critics have pointed out that the network may not be as decentralized as people think.

Simply put, the more decentralized a blockchain is, the less it relies on a central point of control. This can manifest in several ways, such as how many different groups are responsible for validation, how well distributed the network’s native tokens are, and how many different entities are building infrastructure on the network.

However, identifying these metrics is not enough; finding an appropriate way to quantify the data is incredibly important when forming an idea of how decentralized a blockchain network really is. One way to do this is by using the “Nakamoto Coefficient” outlined by the former CTO of Coinbase, Balaji Srinivasan, and named after the pseudonymous creator of Bitcoin, Satoshi Nakamoto.

The Nakamoto Coefficient is based on a popular way of measuring inequality called the Gini Coefficient (GC). Under the GC, a score of one indicates a system where all the resources are controlled by one entity, with scores less than one indicating increasing distribution levels throughout a group.

While the GC is good for measuring things like the distribution of wealth in society, it is sub-optimal when investigating how decentralized a blockchain network is. This is because it doesn’t account for the number of individuals needed to comprise a system. In other words, a blockchain network, by definition, cannot exist with only one node or validator, but society can (theoretically) exist with one entity controlling 100% of the resources.

Additionally, the GC doesn’t consider the amount of centralization needed to compromise a network. In Bitcoin’s case, if an entity controls more than 51% of the hashrate, they can target the network in a “51% attack,” preventing new transactions and potentially reversing old ones. The Nakamoto Coefficient accounts for factors unique to blockchains to provide a more accurate picture of decentralization. Using the Nakamoto Coefficient, higher scores indicate higher levels of decentralization.

While the Nakamoto Coefficient is not without its criticisms, it is currently one of the best and most accepted ways to measure decentralization in blockchain systems. Additionally, the analysis method is only as good as the quality of the data put into it, which can often be subjective. With these points in mind, this feature will try to uncover the most accurate picture of how decentralized Solana is compared to its competitors.

One aspect of decentralization to consider is validator node development. In Solana’s case, the Solana Foundation is the only entity developing core nodes on the blockchain. This means Solana has a central point of control that reduces the network’s overall decentralization. In comparison, several core node developers are building on Ethereum, among them Go Ethereum, OpenEthereum, Nevermind, and Besu.

After looking at Solana node development, the next step is understanding how many nodes are operating on the network and who is running them. According to Solana Beach, there are currently 1,161 validators on Solana, giving the network a Nakamoto Coefficient of 19. This means that the top 19 validators control enough staked Solana to collude and attack the network if they wanted to.

To put Solana’s score into perspective, it is technically much higher than Proof-of-Work blockchains such as Bitcoin and Ethereum. Due to mining pools controlling large swathes of these networks’ hashpower, their Nakamoto Coefficients are much lower, averaging at five for Bitcoin and three for Ethereum.

However, it is worth noting that hashrate on Proof-of-Work chains is much more liquid than the SOL tokens delegated to Solana validators for staking. For example, if an attack occured on Ethereum, miners could easily remove their hash power from the offending pools preventing further damage. Unfortunately, those delegating their SOL tokens to Solana staking pools often cannot withdraw them without a significant time delay.

Another important point regarding validation on Solana is the accessibility of running a validator node. Solana can currently process up to 65,000 transactions per second, but the high throughput means that the hardware requirements for running a validator can be prohibitive. Currently, Solana Labs recommends validators use a 12 core CPU and 128GB of RAM, which can cost thousands of dollars. The high cost of setting up a validator node on Solana means less decentralization, as fewer people are willing or able to shell out the money to do so. In comparison, hardware requirements for running validators on other networks such as Cardano are much lower; the fourth-ranked blockchain has more than double the number of validators and a higher level of decentralization.

A more prohibitive factor hurting the decentralization of Solana validators is the amount of SOL needed to break even when running a validator node. According to Solana Labs, a validator consumes up to 1.1 SOL every 24 hours to pay for sending vote transactions. To help with the cost of running a validator, the Solana Foundation is currently running a subsidization program, awarding 25,000 SOL tokens to validators meeting specific criteria. Rough estimates imply that a validator would need $1 million worth of SOL staked without subsidization just to break even when validating the network.

Unfortunately, this band-aid on Solana’s staking system significantly reduces its degree of decentralization. It creates a situation where the Solana Foundation indirectly chooses many validators on the network instead of validators choosing to run nodes organically.

As delegating SOL tokens to validators is the driving force behind securing the network, the distribution of SOL tokens is also important when considering how decentralized the Solana network is. According to Messari, approximately 48% of Solana’s tokens are owned by insiders, including Solana Labs team members and venture capital investors. Additionally, another third of the supply has been allocated to ecosystem development, leaving a relatively small amount of tokens distributed in Solana’s public sale.

When comparing Solana to other Layer 1 chains, the amount of tokens held by insiders is high. Ethereum and Cardano both distributed around 80% of their tokens through a public sale, with insiders holding between 15 and 17% of the total supply. However, Solana’s token distribution looks more similar to Binance Coin’s, which also has around 50% of its tokens held by insiders and is frequently criticized for its lack of decentralization.

Presently, 77.7% of all SOL tokens are staked, showing that the tokens held by insiders are directly contributing to the network’s validation power. With so few tokens in active circulation through the initial token sale, most staked Solana is likely to be held by insiders. Additionally, the Solana Foundation has reserved another 13% of the token supply as incentives for future development. When these factors are put together, it’s evident that a small group of insiders controls a significant amount of the network’s validation power.

Last month, Solana suffered an 18-hour outage after what was described as “intermittent instability” on the network. The problem arose when an initial DEX offering was attacked by bots, meaning validators fell out of sync and the network crashed. Solana’s solution involved gathering network validators representing 80% of the stake weight in a Discord channel; the group then essentially restarted the blockchain. Though the September outage was by far the biggest Solana has suffered so far, it wasn’t an isolated incident; the network also went down for over five hours in December 2020.

When considering Solana’s degree of decentralization, it’s also worth looking into the blockchain’s ecosystem. Solana markets itself as “the fastest growing ecosystem in crypto” thanks to the vast number of promising DeFi and NFT projects building on the network; it lists core projects in the ecosystem on its website. Many of these projects are backed by a small group of prominent crypto investors and funds such as Alameda Research, giving credence to the view that a small number of VC firms are heavily involved in the blockchain. Notably, Ethereum’s DeFi ecosystem has been criticized over the same issue, and many investors have big stakes in the two networks.

Solana is known in crypto for its active marketing strategy. Solana Labs CEO Anatoly Yakovenko frequently evangelizes the blockchain in interviews, while the team has also paid at least one crypto influencer to promote the network’s low costs. Solana’s social media channels are among the most active of any Layer 1 blockchain or crypto project. This is a stark contrast to other networks such as Bitcoin, whose pseudonymous creator stepped away from the project over a decade ago and is still unknown to the public. While Bitcoin and—to a lesser extent—Ethereum have organically grown a community of followers over several years, Solana has taken a different approach to grow a community and drive adoption. It’s one that centers on a small number of stakeholders, reinforcing the level of centralization.

Solana is currently not as decentralized as many people in the crypto community would like, but the network should become more decentralized with time. As more projects start to build on Solana, the Solana Foundation will distribute rewards and incentives, resulting in a higher percentage of SOL tokens being held by the community. Additionally, the cost of running a validator should lessen as hardware prices decrease over time. Finally, as more SOL tokens make their way into the public’s hands, staking should also become less centralized.

Ultimately, Solana is still in the early stages of development. Ethereum has faced similar criticisms since launching with its initial coin offering, with many people complaining that whales initially owned a vast amount of ETH. Solana has the potential to become much more decentralized than it currently is; the only question is whether those building and backing the network are committed to achieving this goal.