How Polygon Became the Indian Tiger of Blockchain Platforms 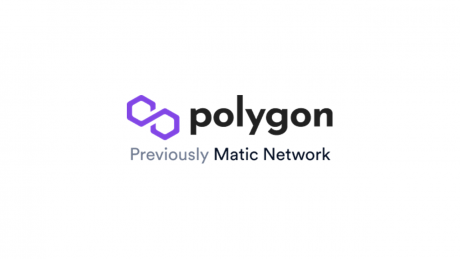 The conspicuous lack of Indian presence in the blockchain and cryptocurrency space has always seemed relatively incongruous. With India expecting to be home to 5.2 million programmers within the next two years, the country is on track to have more software developers than the US in the very near future.

In the last decade, India has undergone rapid digitization, with government initiatives focused on digital identity, healthcare, agriculture, and judicial systems. Furthermore, the population is one of the youngest in the world, with a median age under thirty years old, compared to mid-forties in Western Europe and 37 in the United States.

Despite all this, as the blockchain scene started to gain significant traction from 2017 onwards, the trend didn’t seem to catch on in India in the same way it did in many other Asian countries such as South Korea, Thailand, and Singapore.

The ban on cryptocurrencies imposed by the Reserve Bank of India in 2018 is likely a significant reason why the crypto scene stalled on the subcontinent, as legal ramifications may have deterred many would-be investors or developers.

However, against this somewhat barren and hostile backdrop, a rogue group of developers convened around the idea of boosting blockchain. It was a multi-faceted ambition – to boost Ethereum’s capabilities to the point where it would be an attractive platform to end-users, but also to boost blockchain’s standing in India, and indeed, the world.

Starting from the Ground Up

In late 2017, Jaynti Kanani, Sandeep Nailwal, Anurag Arjun, and Mihailo Bjelic brought the Matic Network (now known as Polygon) to life. The team aimed to use the Plasma side-chain processing technology to implement a scaling solution for Ethereum. Matic was among the first projects to build a working MVP for Plasma.

For over a year, the team worked to build out the Matic Network. Their efforts included gaining visibility in the broader cryptocurrency community. By early 2019, their efforts had started to pay off, and Matic became one of the select few projects to be picked for a token sale on Binance’s prestigious LaunchPad IEO platform. It also gained backing from Coinbase Ventures in the form of seed investment. The dual support of two of the biggest exchanges in crypto proved to be a springboard for onboarding an initial raft of applications in gaming and DeFi.

In the summer of 2020, the project launched on its mainnet. It was the culmination of two years of hard work. Around the same time, Matic announced the launch of a “Large Scale Developer Initiatives” program to incentivize the adoption of its mainnet. Luckily, the project could hardly have timed its mainnet launch any better. Summer of 2020 is when the DeFi craze started to truly take off, and Ethereum began to choke from the high volume of traffic on its network.

An Attractive Platform for Developers

For Ethereum users and developers, one of the biggest attractions of using Polygon (formerly known as Matic), is its compatibility with Ethereum. Tokens issued on the Polygon Network are compatible with the Ethereum Virtual Machine and vice versa. So as Ethereum’s weaknesses started to manifest, many applications have expanded beyond Ethereum to rely in tandem on Polygon’s layer 2 solutions for scalability and lower-cost transactions.

Now, major DeFi projects, including Aave, Curve Finance, Augur, and UMA, among others operate on the Polygon Network. In February 2021, the project was rebranded to Polygon. The new name is intended to reflect the ongoing expansion to other scalability solutions such as rollups and other blockchains.

Along with a willing mass of dApps keen to expand to Polygon from their original platforms, the project is also proving attractive to new apps. QuickSwap is one of the projects spearheading the DeFi ecosystem on Polygon. QuickSwap is a decentralized exchange, and automated market maker set up as a fork of Uniswap running on Polygon.

QuickSwap is proving to be a hit among traders – it recently hit 440,000 daily transactions, with over $710 million in 24-hour volume and nearly $800 million in Total Value Locked (TVL), which is also sometimes known as liquidity. This represents the highest volumes and deepest liquidity of any layer 2 exchange. Furthermore, QuickSwap also pays generous APYs of up to 300% for pool stakers.

With the promise of lower fees to boot, the platform is evidently gunning for the same kind of success seen by BSC-based PancakeSwap, which overtook biggest rival Uniswap on trading volume in February.

QuickSwap is also another example of Indian innovation. The project’s co-founder, Sameep Singhania, is a blockchain and software engineer who has also worked on other projects including ParaSwap and Bonded Finance, in addition to his own initiatives.

A Meteoric Rise, and a Bright Future

The influx of newcomers like QuickSwap, together with the migration of flagship apps such as Aave have contributed to Polygon’s meteoric rise in recent months. The project that started as a simple idea by a group of developers in Mumbai is now going stellar. Polygon recently saw user numbers increase by 75,000 in one week, many of whom were drawn in by one of the 93 apps running on the network.

The success is reflected in the token price, too – MATIC has posted gains above 12,000% since January. Its current market cap is over $13 billion, putting it in the top 20 tokens by global ranking. It also gained a Coinbase listing in March this year. Sandeep Nailwal, one of the founders of Polygon, recently told the Economic Times of India that the platform aims to become the third most valuable blockchain after Bitcoin and Ethereum.

Polygon’s rise is impressive to watch, even more so considering that it’s a passion project for a group of enthusiastic developers blazing a trail in their sector. Furthermore, knowing that it’s one of the few projects to light the touch paper of innovation among India’s developer community makes the story all the sweeter.

The future of Indian blockchain and cryptocurrency innovation is now looking considerably brighter. Following a 2020 decision by the Supreme Court of India to reverse the cryptocurrency ban, the community has wasted no time in catching up on the lost years. The pool of developers interested in blockchain is growing rapidly, and recent reports suggest that the country is moving towards a more constructive framework of regulation. In the coming years, there’s every chance that India will rise to become the de-facto blockchain center of the world.