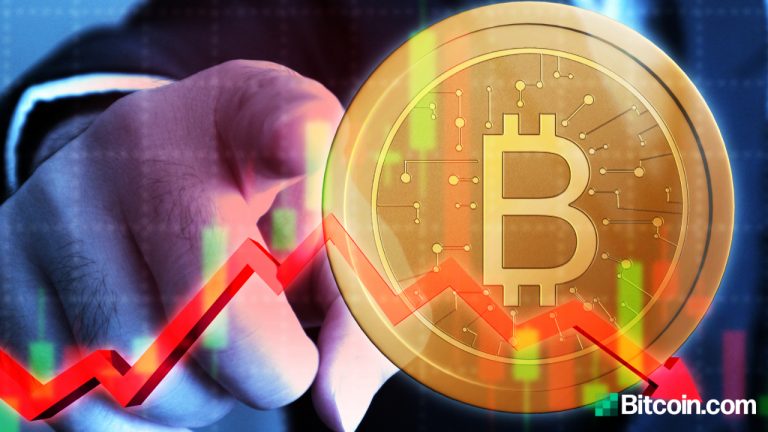 Scott Minerd, chief investment officer of famed investment firm Guggenheim Partners’, says Bitcoin (BTC) could see a 50% drop in the near term as it’s run ‘too far, too fast.’ He made the comments in an appearance on CNBC show Worldwide Exchange yesterday.

Guggenheim made it to the crypto history books last year after putting out a $400,000 price target for Bitcoin. The firm added it would invest up to 10% of its $5.3 billion Macro Opportunities Fund in a Bitcoin trust.

Minerd, at the time, stated Bitcoin’s scarcity combined with “rampant money printing” was the rationale behind the ambitious pierce target. But the sentiment seems to have shifted merely months later.

Bitcoin pullback, and then a rise again

In the appearance, Minerd said he remains long-term bullish on Bitcoin’s price trajectory, but stated that things were turning too “frothy” for now—a colloquial term to describe euphoria in the markets.

“Given the massive move we’ve had in Bitcoin over the short run, things are very frothy, and I think we’re going to have a major correction in the asset,” he said.

The statement is not unfounded. Bitcoin has risen nearly 500% in the past several months, going from under $10,000 in July last year to reaching a high of over $64,000 earlier this month. The move made it one of the top-performing (large-cap) assets in the world but attracted equal parts interest and skepticism from traditional circles.

“I think we could pull back to $20,000 to $30,000 on Bitcoin, which would be a 50% decline, but the interesting thing about bitcoin is we’ve seen these kinds of declines before,” explained Minerd, adding the decline would be a “the normal evolution in what is a longer-term bull market.”

It’s not the first time that Minerd has publicly stated a large price drop on Bitcoin. A similar comment earlier this year warned of a short-term pullback in Bitcoin. Still, he’s unlike permabears who continue to argue that Bitcoin is in a bubble that will eventually burst.

Bitcoin’s parabolic rise is unsustainable in the near term. Vulnerable to a setback. The target technical upside of $35,000 has been exceeded. Time to take some money off the table.

Meanwhile, other institutional investors are seemingly joining in on Bitcoin’s rise. In fact, some say the price rally is just starting.

Bill Miller, a legendary institutional investor who first bought the asset at $350, said in a statement that this time is different and Bitcoin’s price rally was just beginning.

“Supply [of bitcoin] is growing 2% a year and demand is growing faster. That’s all you really need to know, and that means it’s going higher,” he noted, adding Bitcoin’s notorious volatility was simply the “price you pay for performance.”

The post Investor who predicted a $400,000 Bitcoin is now calling for a 50% drop appeared first on CryptoSlate.