IOTA Partners with Cartesi to Stengthen DeFi Use Cases 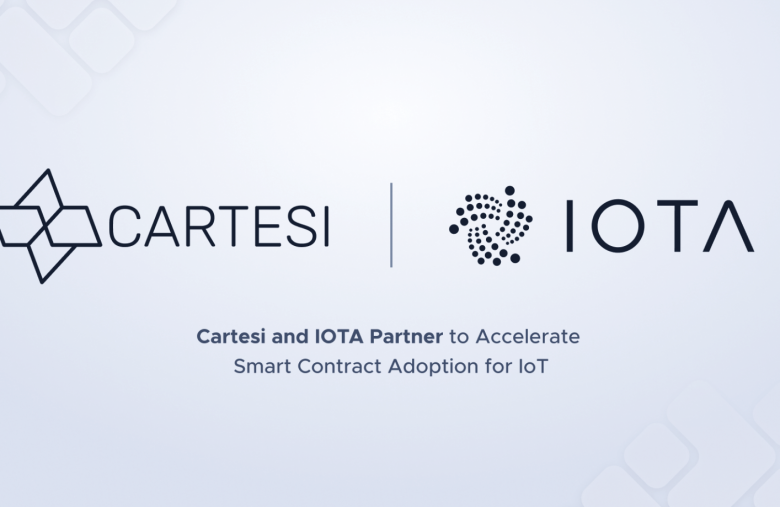 The chain-agnostic Layer-2 infrastructure, Cartesi, has partnered with the IOTA Foundation to expand the use cases of DeFi, gaming, and NFTs. Additionally, both parties aim to serve as the bridge between traditional technological solutions and blockchain.

Headquartered in Germany, the IOTA Foundation is a global not-for-profit establishment focusing on research and development of new blockchain solutions. The popular project has recently partnered with Cartesi – the Layer-2 infrastructure aiming to solve the “pressing problem of scalability on the most important blockchains.”

The statement reads that both organizations will focus on implementing improvements within some of the most popular fields of the cryptocurrency industry as of late.

More specifically, they will bring together existing solutions to “expand the user base of DeFi use cases, such as automated market makers (AMMs), gaming, non-fungible tokens (NFTs), and oracles.” At the same time, they will strengthen IOTA’s ability to offer decentralized technologies to large corporations.

Furthermore, both parties will employ Cartesi’s Linux-based virtual machine, IOTA Oracles, and IOTA Smart Contracts to bring “non-blockchain-based use cases and businesses” into the aforementioned areas and industrial Internet of Things.

“From the early days, Cartesi and IOTA have been exchanging thoughts and studying the best ways to collaborate. After several technical meetings over the last years, we see an integration path forward that will bring tremendous opportunities for DeFi, Gaming, NFT, and industrial IoT.” – commented Cartesi CEO Erick de Moura.

IOTA’s endeavors to reinvent itself after announcing plans to implement new upgrades, including the removal of the controversial coordinator node.

Who Will Benefit the Most?

According to the statement, mainstream developers will be able to unlock the “vast capability of smart contracts through the functionality and expressive power of Linux and the many software components that are supported by it.” This will be possible by integrating Cartesi’s Linux VM as a customer virtual machine for IOTA Smart Contracts (ISCP).

Moreover, the partnership will enable corporate servers and smart devices to check data integrity and provenance. As such, they will be able to execute verifiable batch processings through the integration of Cartesi’s computational oracle to IOTA Oracles.

Both parties called this partnership a “big step forward in the journey towards mainstream adoption of distributed technologies.”

IOTA’s co-founder Dominik Schiener said that his team’s vision and value proposition has always strived to grow outside the traditional world of blockchain. Consequently, the collaboration with Cartesi will enable the two organizations to be at the “forefront of bridging the gap between blockchain and the traditional world.”