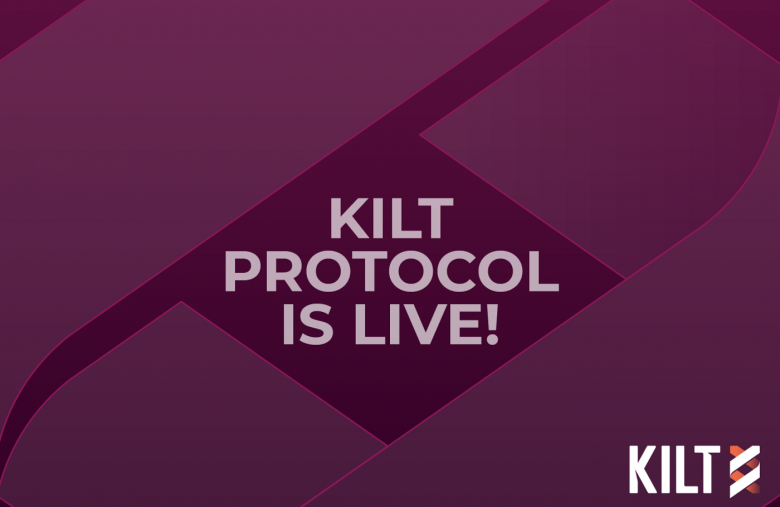 KILT Protocol is the winner of the 6th edition of the Parachain Slot Auction organized by Polkadot’s canary network, Kusama.

According to a press release, the KILT Protocol mainnet is now live following the announcement of the milestone.

The project describes itself as an open-source blockchain identity protocol for issuing claim-based verifiable, revocable, and anonymous credentials on Web 3.0.

In the PR, KILT gave a detailed breakdown of its plans from the launch of its mainnet to the decentralization stage.

The project noted that it has now started onboarding its global network of collectors whose work will be to hold and secure the KILT blockchain data and help to build blocks.

Once the onboarding step is completed, the KILT Protocol will make its first runtime upgrade by introducing Governance and Treasury.

KILT to Achieve Decentralization in 3 Months

Testing for the governance feature will be carried out internally, and that will pave the way for the next runtime upgrade, which will involve the addition of other KILT functionalities like the Decentralised Identifiers (DIDs) and Verifiable Credentials.

These will be subsequently tested, and once all testing and completion of the system are concluded, the project will then remove the Sudo Key to achieve decentralization.

KILT noted that it is aiming to complete these steps within the next 2-3 months from today.

Building a Community of Chains

Kusama established the Kusama Parachain Slot Auctions to create a community of chains to exponentially increase its utility, and the auction is a market-efficient method of selecting the best parachains to be aboard the Kusama network.

Following the massive success of its first Parachain Auction, which was won by Polkadot’s DeFi Hub, Acala, Kusama has launched a series of other parachain auctions and their timelines.

Meanwhile, the Kusama DeFi ecosystem recently received a boost from blockchain interoperability solution, Wanchain through a partnership with Polkadot-based Moonbeam to deploy its non-custodial cross-chain infrastructure on Moonriver.