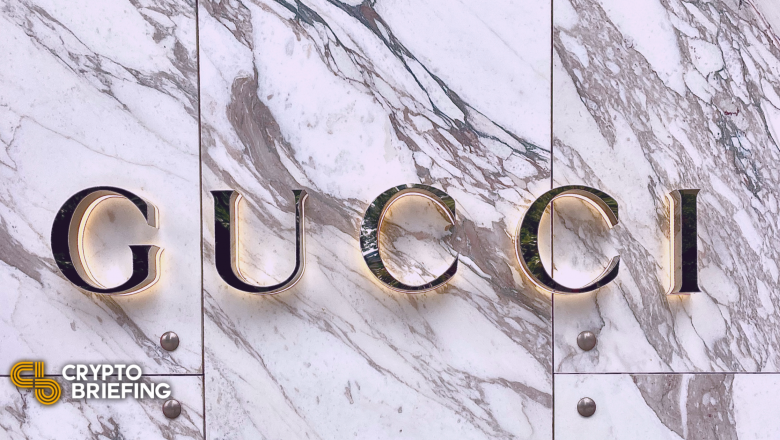 NFT Gucci slippers? According to reports, it may be happening soon.

A Gucci representative told the outlet that it’s “only a matter of time” before a brand such as theirs enters the NFT space. The report mentions “multiple industry sources” that have suggested other luxury fashion houses are preparing to launch their own NFTs.

“We want to be the universal 3D wardrobe that plugs into everything. For example, imagine if somebody bought the iconic J Lo Versace dress on our site.”

Neuno appears to be targeting the NFT space; it will run on the Flow blockchain from Dapper Labs.

NFTs, otherwise known as “non-fungible tokens,” are digital assets that get tokenized on the blockchain. Mostly found on Ethereum, they can be used to verify the rarity and ownership of digital art, music, tweets, or another type of asset.

In games like Decentraland and Aavegotchi, NFTs represent rare clothing items, something the fashion world could adopt. They could also be used to create digital skins of popular brands and provide certificates of authenticity. For example, when someone buys a $5,000 Gucci handbag, they may also receive a token that verifies the item is a real Gucci piece.

Despite the fashion industry’s reported interest in the space, several indicators suggest that the NFT market is overextended.

CryptoPunks, among the earliest and now most sought after NFTs, have seen a crash recently. The floor price for a punk has fallen roughly 40% to around 15 ETH, about $30,937.

Meanwhile, The Weeknd, one of the world’s biggest pop artists, raised a relatively modest $2.29 million from his first NFT drop over the weekend. The most valuable piece, featuring a full unreleased song, sold for $490,000 and attracted few bids in the closing hours.

In another sign of a bursting bubble, a tokenized version of Leonardo da Vinci’s “Salvator Mundi,” the most expensive piece of artwork ever created, is currently up for auction on OpenSea. Author Ben Lewis minted the piece, telling The Art Newspaper he planned to share the profits from the sale with the Hendry family, who sold the painting for $1,175 in 2005. He said his target price was $450 million, the same price “Salvator Mundi” sold for at Christie’s in 2017.