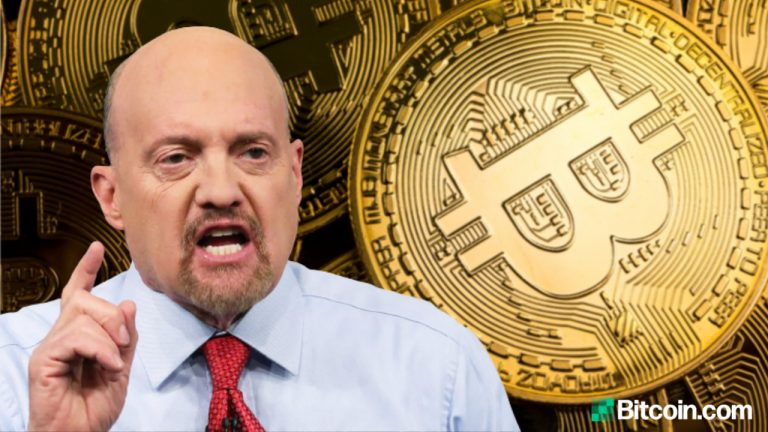 Mad Money host Jim Cramer, a long-term gold proponent, says that gold has let him down. He has become more bullish on bitcoin, advising investors to put 5% of their portfolios in the cryptocurrency to protect their assets.

In an interview published Monday with Morgan Creek Digital partner Anthony Pompliano, Jim Cramer talked about his new investment strategy for bitcoin and gold. Cramer is the host of Mad Money on CNBC, a former hedge fund manager, and a co-founder of Thestreet.com, a financial news and literacy website.

Emphasizing that bitcoin is what he had been searching for with gold, Cramer opined:

I have, for years, said that you should have gold … but gold let me down. Gold is subject to too many vicissitudes. It’s subject to mining issues. It’s frankly subject to failing in many cases.

The Mad Money host became interested in bitcoin after Pompliano explained the benefits of the cryptocurrency to him in September last year. At the time, Cramer revealed that he owned “so much gold.” He became fixated with BTC in fear of massive inflation and he subsequently invested in the crypto. He explained that his investment strategy was to regard “bitcoin as a precious stock.”

Cramer was then asked if he expects other investors will dump gold and buy bitcoin in the way he described. The Mad Money host exclaimed:

He clarified that he did not think about investing 5% of his portfolio in bitcoin until very recently, claiming that he has “thoroughly researched” the subject to come up with this recommendation. He admitted that he was skeptical because he had done fine with his gold but now realized that the only way to protect his assets, in terms of insurance, is with bitcoin.