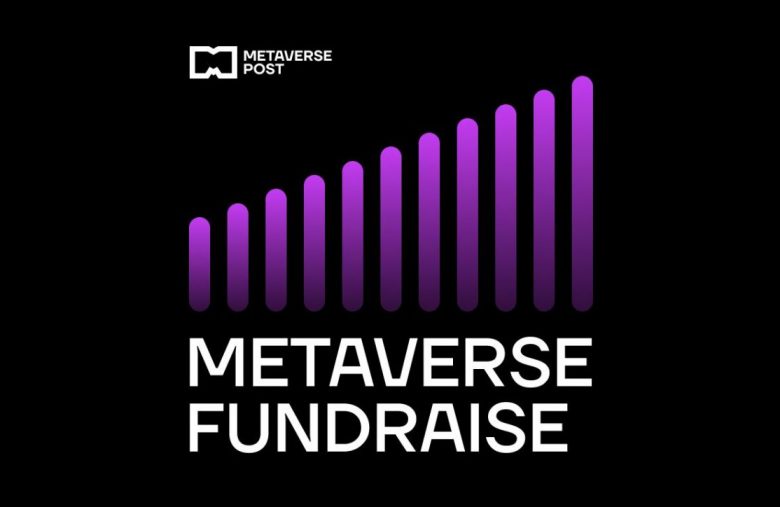 In November, the industry faced difficulties due to the collapse of FTX, the previously second-largest crypto exchange. The average sum of investments in the Web3 industry decreased from $626.76 million in October to $378.55 million this month.

However, several sectors of Web3 remained of investors’ interest. Infrastructure startups are leading, having raised over $171.9 million. Gaming is the second trending industry, which has raised a total of $53.4 million. Nevertheless, we can notice that the investment amounts decreased in volume, as October saw ten gaming-related investments with a total sum of $198 million, and in November, the sector received nearly four times less for the same amount of funding rounds.

NFT-related startups raised a total of $31.8 million. The sum is much lower than in the previous months – October saw $40.7 million invested in NFT companies, while in September, VC funds invested $111 million in the industry. Notably, this month VCs paid more attention to different types of NFT startups. Among these are a fraud detection startup, an NFT perpetual futures DEX, and a utility platform for NFT creators and collectors.

Glip, a Web3 game discovery and wallet app, raised $2.5 million in a round led by Hashed. Beenext and listing investor Prime Venture Partners also participated in the round. The startup plans to use the funds for the expansion of the team, community growth, and the launch of new product features.

Burn Ghost, a gaming platform that rewards users with NFTs, raised $3.1 million in a seed round led by Bitkraft Ventures and Drive by DraftKings. Pillar VC also participated in the round. The startup focuses on simple, approachable games.

Roboto Games raised $15 million in a Series A round led by a16z. Among other participants are Animoca Brands, Ancient8, Harrison Metal Capital, Gumi Cryptos Capital, Transcend, Makers Fund, Merit Circle, and several angel investors. The company aims to bridge Web2 and Web3 by adding in-game elements. The funding will be used to hire various professionals, including marketers and artists.

Web3 gaming studio Midnight raised $7.5 million in a seed round led by Shima Capital. Among other investors are Bixin Ventures, FJ Labs, Overwolf, Woodstock Fund, Forte, and SnackClub. The startup focuses on PC and console games and plans to use the funds to develop its games and intellectual properties.

Gaming-focused credential and data infrastructure startup Carv raised $4 million in a round led by Vertex.

Heroic Story, a multiplayer web3 TTRPG, raised $6 million in a seed round led by Upfront Ventures. Multicoin Capital and Polygon backed the round. The startup aims to reimagine tabletop RPGs, adapting them for a digital audience using blockchain technology.

Web3 ecosystem PlayEmber raised $2.3 million in a pre-seed round led by Shima Capital. Big Brain Holdings, Huobi Ventures, and Warburg Serres are among the other investors. The startup will use the funds to accelerate team growth.

London-based gaming startup Eterlast raised $4.5 million in a seed round led by Supernode Global. Immutable X, Founders Factory, and Stake Capital are among the other participants. The company will launch the House of Boxing game in December, with other boxing and rugby games coming in the nearest future.

Ultimate Champions, a free-to-play fantasy sports platform, received $4 million from Binance Labs. The platform will be built on the BNB Chain.

“The world of Web3 gaming is expanding and Binance Labs is looking for Web3 gaming projects that have missions of providing real entertainment to the users rather than the ones focusing on giving out more opportunities to ‘earn’.”

co-founder of Binance, Yi He

Wanderers, the sci-fi media brand behind the Wanderers NFT collection, raised $2 million in a seed round led by Animoca Brands and GameFi Ventures. According to the executive chairman and co-founder of Animoca Brands, Yat Siu, “Wanderers is a prime example of innovation in IP. The brand succeeds thanks to its art, storytelling, and dedicated community of fans, and its NFTs are an excellent entry point into a universe of gaming, music, and entertainment.”

As a side note, Animoca Brands has recently released a $2 billion fund destined for the metaverse industry. The company’s portfolio includes more than 380 Web3 investments, among which are well-known collections Cool Cats, Axie Infinity, NFT marketplace Magic Eden, Immutable, and Dapper Labs.

Tropee, a utility platform for NFT creators and collectors, raised $5 million in a seed round led by Tioga Capital. Among other participants are noted angel investors Sebastien Borget, Thibault Launay, Gregoire le Jeune, and Lorens Huculak.

NFT-focused liquidity startup NiftyApes raised $4.2 million in a seed round led by FinTech Collective and Variant. Among other investors are Polygon, Robot Ventures, Coinbase Ventures, Flamingo DAO, The LAO, and noted angel investors.

Physically-backed NFT platform Courtyard raised $7 million in a seed round led by New Enterprise Associates. OpenSea Ventures, Y Combinator, VaynerFund, Cherry Ventures, Brink’s, and several angel investors backed the round. The startup will use the funds to expand the team and reach its target market.

Joepegs, an NFT Marketplace on Avalanche, raised $5 million in a seed round. Avalanche Foundation and FTX, which is now bankrupt, led the round. Luckily, as the Joepegs team stated, “The funding from FTX Ventures was completed in June and have since been transferred out of FTX prior to recent bankruptcy events.”

XDao, a multichain DAO builder, raised $2.3 million in a seed round. Panony, Telos Foundation, DWF Labs, Grixxly Capital, and Laurent Perello also participated in the round. The startup plans to provide DAO registration services in jurisdictions that are friendly to the DAO structure.

Creator collaboration marketplace Pearpop raised $18 million in a Series A round led by Sound Ventures and Seven Seven Six. Among other participants are Blockchange Ventures, C2 Ventures, and Avalanche’s Blizzard Fund. The platform provides brands and individuals the possibility to purchase collaborations with celebrities. The funds will be used for team expansion and to advance the platform’s functionality.

Climate tech and Web3 startup Thallo Lands raised $2.5 million in a seed round led by Ripple, Arcan LLC, and Friendly Trading Group 2. Cerulean Ventures, Flori Ventures, and Allegory are among the other participants.

Anode Labs, a Web3 platform that incentives energy storage, raised $4.2 million. Lerer Hippeau and Lattice led the round, followed by CoinShares, VaynerFund, and Digital Currency Group. The startup is developing React, a platform that will help small businesses and individuals receive cash and tokens for connecting their energy storage assets.

Blockchain data terminal startup Token Flow raised $12 million in a Series A round. Delta Blockchain Fund, Electric Capital, and existing investor UDHC participated in the round.

Web3 brand engagement platform Kalder raised $3 million in a pre-seed round. Among the participants are Indigo Fund, Human Capital, 8VC, 500 VC, Soma Capital, Meltem Demirors, and Accel. The startup will use the funds to start working with more companies, scale its features, and expand the team.

Cross-chain messaging application for Web3, Notifi, raised $10 million in a seed round led by Hashed and Race Capital. Struck Capital, Wintermute, HRT Capital, and Superscrypt are among the other participants.

Blockchain sleuth company TRM Labs raised $70 million in an extended Series B round led by Thoma Bravo. Existing investors PayPal, Citigroup, and American Express backed the round. The company prevents fraud and financial crime for digital currencies and will use the funds to create new tools to fight crypto financial crime.

Ramp raised $70 million in a Series B round led by Korelya Capital and Mubadala Capital. Balderton Capital and Cogito Capital backed the round. The startup builds an SDK/APIs suite that lets users buy crypto from companies’ applications.

“Our goal is to keep building infrastructure to make Web3 easy and accessible. Despite current market conditions, we see a growing trend of web2 companies looking to move into Web3, and we’re uniquely positioned to help them through this transformation,”

the co-founder and CEO at Ramp, Szymon Sypniewicz

Hardware wallet maker NGRAVE received funds from Binance Labs. Binance will also lead the upcoming Series A round of the startup.

Nucleo raised $4 million in a seed round. Among the investors are 6th Man Ventures, Bain Capital Crypto, Also, Aztec Network, and Espresso Systems. The startup will use the funds to develop private multi-sig infrastructure for organizations.

American private equity firm Thoma Bravo led the extended Series B of blockchain sleuth company TRM Labs, which raised $70 million. The company’s portfolio features investments in the Series C round of tooling startup Figment and the Series B round of now-bankrupt FTX.

Korelya Capital and Mubadala Capital led the Series B round of SDK/APIs suite builder Ramp, which raised $70 million. Mubadala Investment Company is a United Arab Emirates fund that has previously invested in the Series C round of a crypto asset market analytics and research company Coin Metrics. Korelya Capital is a French VC firm specializing in tech, Artificial Intelligence, IoT, Big Data, and more. The company has previously invested in Ledger, Bolt, Glovo, Vestiarie Collective, and other noted startups.

Sound Ventures and Seven Seven Six led the Series A round of the creator collaboration marketplace Pearpop, which raised $18 million. Sound Ventures is a U.S.-based venture fund established by Ashton Kutcher and Guy Oseary. Its portfolio features such noted Web3 companies as Polygon, The Sandbox, SuperRare, and Mintable, among others. Seven Seven Six is a venture capital firm founded by Alexis Ohanian. The company has previously invested in Polygon, Sky Mavis, PROOF, NFT project Doodles, and other noted Web3 startups.