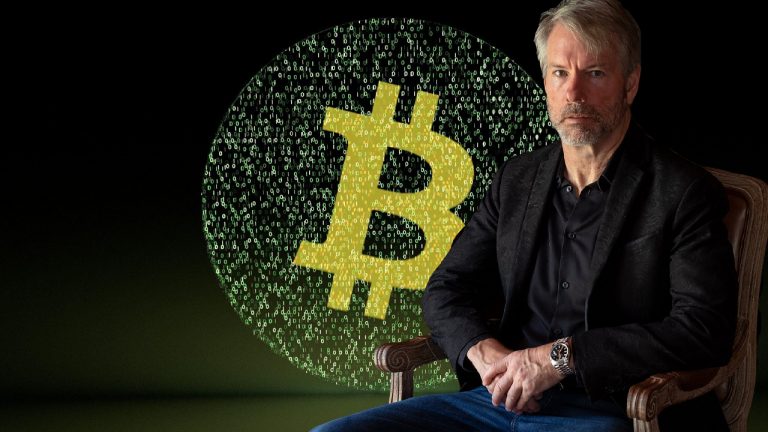 The independent, publicly-traded business intelligence company Microstrategy announced the acquisition of 13,005 bitcoin on Monday, at a purchase price of approximately $489 million in cash. The company’s CEO Michael Saylor revealed the latest purchase on Twitter, and the firm now has more than 100,000 bitcoins on its balance sheet.

Michael Saylor’s firm Microstrategy now has approximately 105,085 bitcoins which it bought for around $2.741 billion. Using the purchasing average, the company says it purchased all the BTC at around “$26,080 per bitcoin, inclusive of fees and expenses.”

As usual, Microstrategy CEO Michael Saylor tweeted about the purchase telling his 1.2 million Twitter followers. “As of 6/21/21 we #hodl ~105,085,” Saylor noted on Monday morning.

Not everyone was impressed with Microstrategy’s bitcoin buy announcement and a few people like Peter Schiff made snide comments. “That’s pretty bearish that you already bought all that bitcoin and the price kept dropping anyway,” Schiff replied to Saylor’s tweet on Monday.

“Consider where the price of bitcoin would be today if Elon Musk, Michael Saylor, Barry Silbert, and all the other bitcoin elites and their friends in the financial media hadn’t spent the last six months convincing retail and institutional investors to buy their worthless tokens,” Schiff said the day prior, as bitcoin’s price began plummeting.

Northman Trader’s Sven Henrich also responded to Saylor’s announcement. “Understand the conviction. Question though: As the price average and employed leverage have both been rising what’s the risk profile/consequence if bitcoin were to drop below the average holding price?” Henrich asked the Microstrategy CEO.

When someone asked Henrich if Saylor’s choice turned out to be a good bet the Northman Trader further commented. “Not saying he’s wrong,” Henrich replied. “Just asking what the risk profile is if [the] price drops below the average holding price.”

Since then, BTC has dropped 4% in 24 hours and rests just above the $32K handle. In other words, the price has actually dipped below the price Microstrategy paid per coin for this most recent BTC acquisition.

“Unfortunately, contrary to popular belief one just can’t keep infinitely buying the dip,” an individual said to the many enthusiasts telling the Microstrategy CEO to “keep buying the dip.”