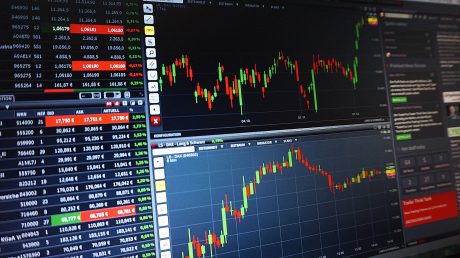 MicroStrategy is back at it again. Fresh off the heels of selling $500M worth of privately offered notes in a securities offering this week, the leading business analytics firm is looking for more.

MicroStrategy is rapidly approaching 100K worth of BTC in the firm’s Bitcoin-holding subsidiary, MacroStrategy LLC. The recent common stock offering for the company suggests that they could be looking to cross the 100K threshold sooner rather than later.

This week’s SEC filing will enable MicroStrategy to sell up to $1B worth of their class A common stock $MSTR over time; in the SEC prospectus, the firm stated that they “intend to use the net proceeds from the sale of any class A common stock offered under this prospectus for general corporate purposes, including the acquisition of bitcoin, unless otherwise indicated in the applicable prospectus supplement.”

Of course, with over 92K BTC in the newly-formed subsidiary’s account, MicroStrategy could already cross the 100K mark even with just the recent bond offering. At current pricing, the company could secure over 10K bitcoin with the money raised from the senior secured note sales, making the common stock announcement just icing on the cake for the MacroStrategy BTC holdings. Even with the firm’s current numbers alone, they are far and away the corporate leader when it comes to BTC holdings, with over twice as much BTC on hand than Tesla.

More From The Filings

The SEC filings share a bit of the macro perspective for the firm: “We view our bitcoin holdings as long-term holdings, and we do not plan to engage in regular trading of bitcoin and have not hedged or otherwise entered into derivative contracts with respect to our bitcoin holdings, though we may sell bitcoin in future periods as needed to generate cash for treasury management and other general corporate purposes”.

Additionally, the firm stated in the filings that they are “exploring opportunities to apply bitcoin-related technologies such as blockchain analytics into our software offerings”. The company to-date has looked at their operations as a two-pronged business, growing their enterprise analytics software business and acquiring and holding bitcoin.

MicroStrategy stock has responded positively to the recent fundraising with the firm’s sentiment focused on buying more bitcoin. One analyst, Lark Davis, on Twitter jokingly said that he was surprised that any furniture remained at the MicroStrategy offices – “could just sell it all and buy bitcoin!”, he said. MicroStrategy CEO Michael Saylor responded to the tweet with the unamused and thinking face emojis. 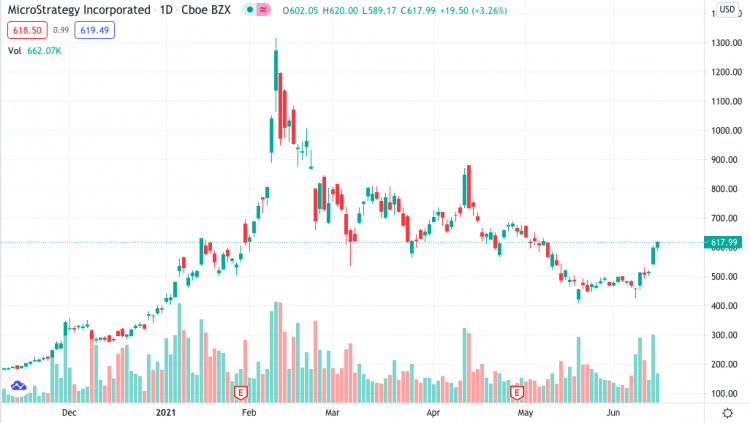 Despite a wild ride this year for MicroStrategy $MSTR, the recent SEC filings seem to have resulted in positive investor feedback.| Source: $MSTR-NASDAQ on TradingView.com