More Than $1 Billion In Crypto Positions Liquidated In Overnight Bloodbath 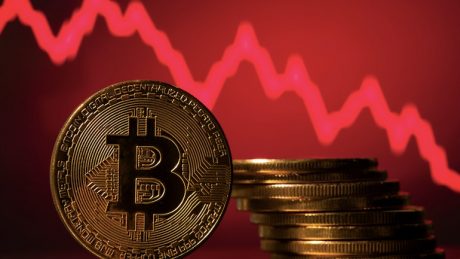 Twitter user Lex Moskovski tweeted a picture showing the massive liquidations that took place across nine major digital currencies. Showing that approximately $1 billion had been liquidated across 153,000 accounts in 24 hours. Bitcoin made up for over half of the liquidation with $572.94 million being liquidated. This amounted to the tune of 17,390 bitcoins being sold off and liquidated.

This has sent the market into a downward frenzy as most digital currencies are now down. The charts are filled with red numbers as the market reacts to this massive sell-off.

Are We Heading Into Bear Market?

Bitcoin is currently 50 percent down from its all-time high. The coin peaked at a little over $64k and it now sits at $32k.

Massive sell-offs like these are usually characteristic of a coming bear market. After the big crypto boom of 2018, there was a massive sell-off that sent the market crashing down.

Sell-offs like these usually induce panic in the market. This is when people get scared and start dumping their coins. Regardless of whether they’re making profits or losses. They just don’t want to get caught when the market dumps much further. And so the cycle continues. More people sell, more people panic and they sell.

At the time of writing this article, the charts do look to be recovering. But this does not necessarily mean that we’re headed for a total recovery. As of this point, it is just a waiting game.

Is There Going To Be A Crypto Market Recovery?

As always, there is no telling what will happen in the market. Right now, there are a lot of speculations that the liquidations are due to leveraged positions. A lot of traders are still very optimistic regarding the market. Believing that this is just the market cleaning itself up.

But then numbers tend to pick back up when people resume during the week. People are back at work and are checking the markets. Financial markets reopen and decisions are made as to where to put money.

With MicroStrategy holding $500 million that it intends to buy Bitcoin with, it could be the boost the market needs when the coins are finally bought.