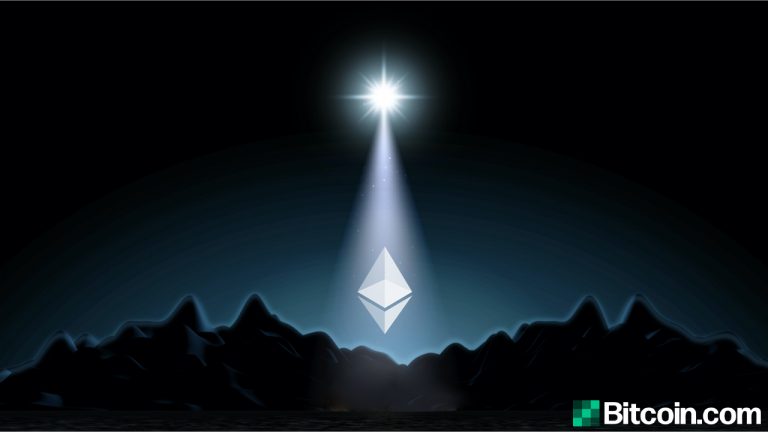 Statistics now show the Eth2 deposit contract has more than 5.2 million staked ether worth over $13 billion locked into the smart contract. The contract launched on November 4, 2020, and three weeks later, the contract met the required threshold to initiate the Beacon Chain. It’s not cheap to become a validator these days, as today’s exchange rates show the 32 ether to get started will run a user more than $84k.

Ethereum users have added quite a bit of ether to the “Eth2 deposit contract,” as it’s called on Etherscan as 5,210,370 ETH has been deposited to-date. That’s $13.6 billion worth of ether locked into the Beacon Chain contract, which was invoked six months and three weeks ago.

At the time of writing, there’s more than a dozen 32 ETH-sized transactions waiting to be confirmed. In order for an individual to become a staking validator, 32 ether worth over $84k today is required. Dune Analytics statistics show the contract is 993.66% above the 524k threshold.

Ethereum cofounder Vitalik Buterin got the contract party started on November 5, 2020, when he deposited 3,200 ETH into the contract according to Etherscan. At the time of deposit, Buterin’s initial spend cost around $1.3 million and today it’s worth over $8.3 million. In fact, many of the validators that deposited at that time, saw significant gains during the six months after the Beacon Chain launch.

Data from Dune Analytics further shows that out of the 108,461 transactions sent to the Eth2 deposit contract, there’s 27,100 unique depositors. Beaconcha.in/charts data shows as of May 30, approximately 152,261 validators are recorded.

Over a Million Ether Added to the Eth2 Contract Last Month

From November 19 to the 27th, the ETH deposits started to skyrocket northbound. Around March 13, 2021, Eth2 deposits slowed down and started picking up steam again on May 1st. On that first day of May, there was 4.1 million ether locked into the contract, which means it’s increased by 26.8% since then.

The biggest spike in validators was on November 25, 2020, and the last big deposit spike was on May 26, 2021. In addition to noncustodial options, ethereum enthusiasts can also leverage custodial exchanges like Coinbase and Kraken to stake their ether.