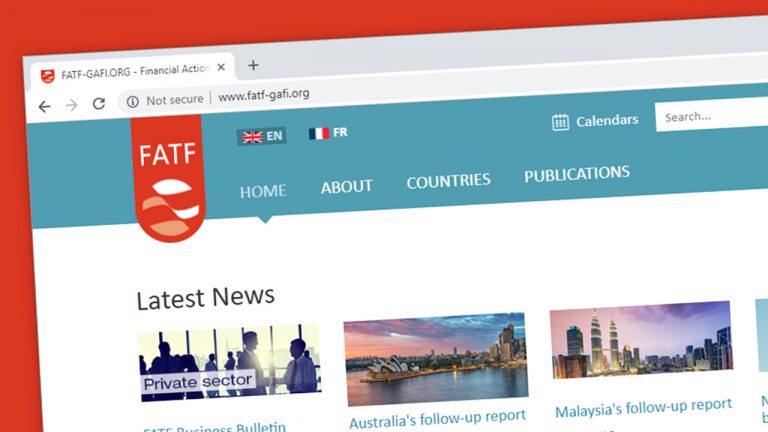 For a while now, cryptocurrency proponents have said that one day, global regulators would likely target decentralized finance (defi) and the latest non-fungible token (NFT) hype. For a while now, the Financial Action Task Force (FATF) has been trying to come up with a regulatory standard for cryptocurrencies businesses called a “virtual asset service provider” (VASP). Things like the FATF’s Travel Rule have always been controversial, but regulators from a number of countries have been adopting the organization’s guidance. Recently Gibraltar updated its guidance notes to align with the FATF rules and South Africa has been attempting the same.

The FATF’s latest guidance is merely an update of some of its past recommendations toward virtual assets (VA) and VASPs. However, the updated version now discusses stablecoins, defi, and NFTs, as things like decentralized exchanges (dex) are considered VASPs. The newly revised guidance suggests imposing anti-money laundering and know-your-customer (AML/KYC) rules toward dex applications. The FATF calls these platforms “Decentralized or distributed applications (dapp) or a platform that offers “exchange or transfer services.”

“A dapp, for example, is a term that refers to a software program that operates on a P2P network of computers running a blockchain protocol— a type of distributed public ledger that allows the development of other applications,” the latest guidelines note. “These applications or platforms are often run on a distributed ledger but still usually have a central party with some measure of involvement, such as creating and launching an asset, setting parameters, holding an administrative ‘key’ or collecting fees.”

Dapps can facilitate or conduct the exchange or transfer of [virtual assets].

‘The FATF Is No Stranger to Defi, Dex, and NFTs’

FATF’s latest guidance essentially defines a non-fungible token (NFT) as a VA as it defines a stablecoin. The latest guidance on NFT, defi, and stablecoins indicate that the FATF has noticed these emerging trends within the crypto space. Additionally, the FATF tweeted about the guidance and asked for commentary about the 99-page report. “The FATF wants to hear your views on draft guidance for taking a risk-based approach to virtual assets and virtual asset service providers,” the organization tweeted. “Relevant private sector stakeholders can take part in the public consultation.”

The FATF wants to hear your views on draft guidance for taking a risk-based approach to virtual assets and virtual asset service providers. Relevant private sector stakeholders can take part in the public consultation by clicking here: https://t.co/BJWjWvQBBz #FollowTheMoney pic.twitter.com/q0Iaua38oB

The report also touched upon VA transfers to and from unhosted wallets. “The FATF recognizes that unlike traditional fiat wire transfers, not every VA transfer may involve (or be book-ended by) two obliged entities,” the FATF guidance says. In instances in which a VA transfer involves only one obliged entity on either end of the transfer (e.g., when an ordering VASP or other obliged entity sends VAs on behalf of its customer, the originator, to a beneficiary that is not a customer of a beneficiary institution but rather an individual VA user who receives the VA transfer.”)

#FATF has introduced #DeFi and #NFT in the draft recommendations for regulating the digital asset industry. pic.twitter.com/QKthjdLLK9

Of course, the conversation about the FATF’s new definitions for defi, NFTs, stablecoins, dapps, and dex applications was a topical discussion on social media. “FATF ain’t no stranger to defi, dex & NFT,” Björn Godenrath tweeted. “Classification as a virtual asset service provider brings market participants into the scope of traditional money laundering regulations (if they can be identified),” he added.