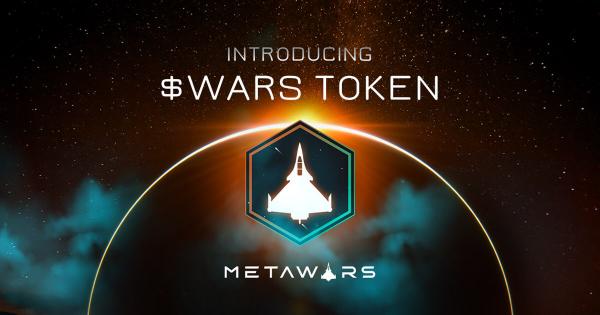 MetaWars is a sci-fi strategy game set in the future with a multi-layered, key tactical battlefield that allows players to profit from the game’s war economy.

Defenses on full alert as the $WARS coming from 3 directions 🚀 @GameFi_Official, #RedKite by @PolkaFoundry, and @polylauncher are with us, are you?

The project has strategically worked with a number of investors and partners to pursue their mission of implementing blockchain into the growing gaming industry and revolutionizing the great world of NFTs.

Inside MetaWars and the WARS token

MetaWars is a sci-fi strategy game set in the future with a multi-layered, key tactical battlefield that allows players to profit from the game’s war economy. Players can envision themselves in a space exploration scenario.

Through MetaWars, anyone can build their own unique experience with the ability to exert control over the game’s ecosystem. It is a galactic exploration game that allows users to find new universes, solve mysteries, and defend riches from adversaries. Players can wager, play-to-earn, and accumulate NFT collectibles through the challenges, acquiring MetaWars’ tokens ($WARS) and in-game ($GAM) tokens.

The $WARS tokens can be staked on the MetaWars platform to earn rewards over time.

Some limited NFT Auction works using $WARS tokens as the currency. The governance mechanism of the MetaWars relies on the use of $WARS tokens. Holders will be able to participate in critical decisions in the metaverse.

🤖 All Mech Crates will contain a #Mech equivalent to the Box’s Rarity!

$WARS token can be used to buy insurance for the ships and robots the player has acquired in-game.

The result is a circular gaming ecosystem where players are able to earn $WARS tokens while interacting with the metaverse. They can trade their items on the market and earn real-life profits while accumulating $WARS and NFT items in the MetaWars universe.

MetaWars will utilize the raised funds to develop the game and accelerate the ecosystem’s growth, extending the community and fortifying the ecosystem’s foundation, allowing users to make the most out of the platform.