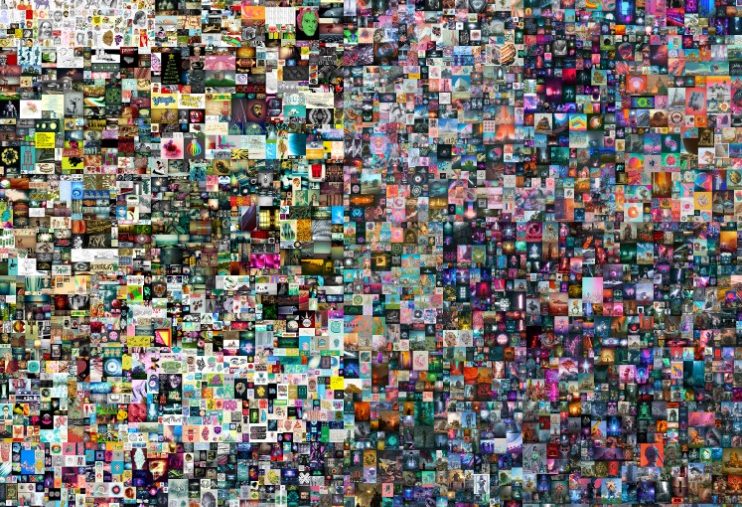 NFT prices are in a bubble. That’s according to the third most valuable living artist today. Mike ‘Beeple’ Winkelmann, in an interview, said that despite the inflated prices, the technology itself is strong.

Mike Winkelmann, who is better known for his artist name Beeple, especially within the cryptocurrency community, believes that non-fungible tokens (NFTs) are in a state of a bubble.

In a recent interview for Bloomberg, the artist said that NFT art is “absolutely” in a bubble.

I absolutely think it’s a bubble, to be quite honest. I go back to the analogy of the beginning of the internet. There was a bubble. And the bubble burst.

However, he also said that this didn’t “wipe out the internet, And so the technology itself is strong enough where I think it’s going to outlive that.”

This is a heated debate within the cryptocurrency field. Some believe that the NFT market is definitely inflated, while others support the thesis that pricing art is highly subjective and might justify the high valuations.

In any case, if one thing is for sure, it’s that the market is booming. As of now, searches for “NFT” have topped these of “ICO” from back during the peak in early 2018.

Even though he had made headlines long before the sale becoming a fact, Beeple garnered a lot of attention following the auction of his piece called “Everydays: The First 5,000 Days,” which sold for a whopping $69 million.

This is how the art piece looks like. When asked about what it is, Beeple answered that “it’s really something that sort of catalogs both my life over that time and sort of things that have happened in the world over that time.”

In essence, it’s a digital canvas encompassing 5,000 different images, which Beeple created over the course of 5,000 days.

The piece sold through an auction at Christie’s and made Beeple the third most valuable living artist in the whole world.