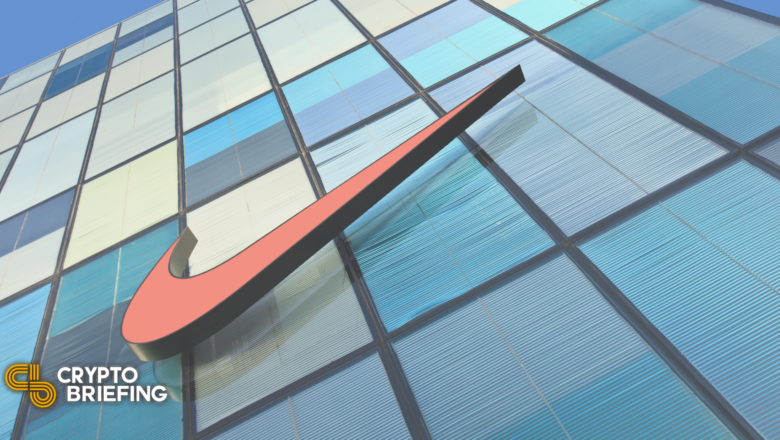 The sportswear giant has accused StockX of freeriding on its intellectual property rights.

Nike is suing the sneaker reselling platform StockX over NFTs of Nike footwear sold to StockX customers. The suit alleges that StockX is freeriding on the back of Nike’s trademarks and associated goodwill.

Nike is defending its intellectual property rights from counterfeit NFTs.

The sportwear titan filed a lawsuit against sneaker reselling platform StockX Thursday, claiming that the marketplace is infringing on its intellectual property rights by issuing NFTs of Nike shoes.

In January, StockX released its first NFT venture called Vault. StockX users can purchase NFTs of popular collectible sneakers that are backed by a physical pair of shoes. Because the NFTs are backed, owners can redeem their NFTs for a physical pair of sneakers if they wish to do so. The new NFT system helps sneaker collectors and resellers verify the authenticity of their purchases while avoiding other problems associated with sneaker trading, such as shipping costs and keeping inventory.

However, Nike, which filed several patents for digital goods back in October last year, believes StockX’s Vault system is freeriding on the back of its trademarks, brand identity, and associated goodwill. An excerpt from Nike’s filing stated:

“Without Nike’s authorization or approval, StockX is “minting” NFTs that prominently use Nike’s trademarks, marketing those NFTs using Nike’s goodwill, and selling those NFTs at heavily inflated prices to unsuspecting consumers who believe or are likely to believe that those “investible digital assets” (as StockX calls them) are, in fact, authorized by Nike when they are not.”

The rising market value of the StockX-issued sneaker NFTs, which has overtaken the value of the physical pairs of sneakers they represent, as well as StockX’s move to grant perks to NFT holders, has strengthened Nike’s case against the reselling platform.

StockX has not yet commented on Nike’s lawsuit, citing a policy against public statements on pending litigation. The sneaker marketplace was valued at $3.8 billion after its most recent funding round in April 2021.

NFTs exploded in popularity over the latter half of 2021, with countless companies and major brands attempting to cash in on the action. However, copyright and trademark definitions do not usually reference NFTs, resulting in several high-profile disputes hitting U.S. courts.

In November, Quentin Tarantino announced his plans to release NFTs featuring unseen cuts from Pulp Fiction on Secret Network. In response, Miramax, the company that owns the rights to Pulp Fiction, filed a lawsuit against Tarantino, claiming that the NFTs constituted intellectual property violations and a breach of contract. While Tarantino said he would proceed with the launch, the legality of doing so is still unclear.

Whether Nike will win its lawsuit against StockX remains to be seen. However, as non-fungible tokens continue gaining traction, lawsuits disputing NFTs and intellectual property rights will likely become increasingly common.