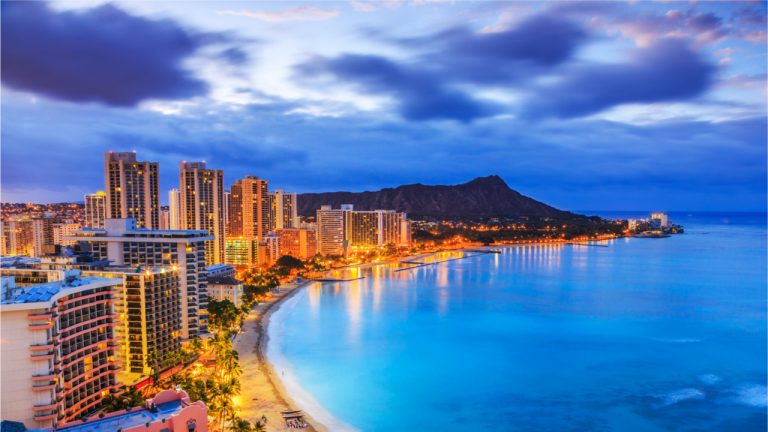 A report published by the independent marketing intelligence company, Miq Digital, explains that Hawaii has seen the most crypto demand of all the states in the U.S., with a 687% increase since 2020. As far as increased cryptocurrency demand since last year, Nevada, California, Florida, and Colorado followed the island state with increases of over 600% as well.

The independent marketing intelligence firm Miq Digital has published a research report on interest in cryptocurrencies across all the American states since 2020.

According to the study, demand has increased this year following a similar pattern as the crypto asset market bull run. The firm analyzed search data from sources like Google Trends and found that around 6% of Americans either use or own digital currencies in 2021.

“We analysed search data to uncover the states driving the ongoing crypto craze. These are the areas with the largest interest in crypto in 2021, alongside the increase in demand since 2020,” Miq explains. In addition to the U.S. “hotspots,” the Miq Digital study also highlights some of the most popular cryptocurrencies discovered in the search analysis.

The top coin on the list is the meme-based crypto asset dogecoin (DOGE), followed by other popular tokens such as maker (MKR), ethereum (ETH), dash (DASH), litecoin (LTC), and bitcoin (BTC).

The study shows the Shiba Inu crypto asset DOGE saw a “1,781% increase in interest across the U.S.” The Miq Digital study indicates the “dogecoin hotspots” in the U.S., and highlights Alaska, California, North Dakota, and Washington as the biggest DOGE-supporting states.

Ethereum followed dogecoin with a 777% increase in interest across the nation. “Ethereum hotspots” include California, New Jersey, and Washington according to the researchers. Furthermore, “acceptance of cryptocurrencies among businesses is slowly growing across the U.S.,” the study reveals.

Moreover, the acceptance of BTC has proliferated across a number of different states. California has the most businesses recorded with “440 businesses” and the state is followed by the Sunshine State, as Florida captures “180 businesses.”