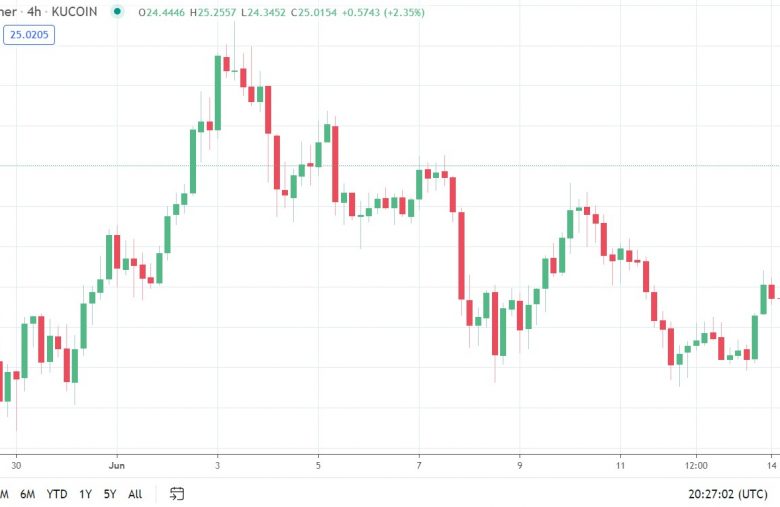 Coinbase Pro has announced that it will finally allow trading of Polkadot’s DOT token beginning on June 16.

Starting immediately, we will begin accepting inbound transfers of DOT to Coinbase Pro. Trading will begin on or after 9am Pacific Time (PT) Wednesday June 16, if liquidity conditions are met. – Reads the announcement.

Coinbase is the leading US-based cryptocurrency exchange and also one of the largest in the entire world.
Naturally, a listing of this magnitude is a cause for volatility.
Since the announcement, the price of DOT has surged by a whopping 15% to touch $25.550 (on KuCoin).