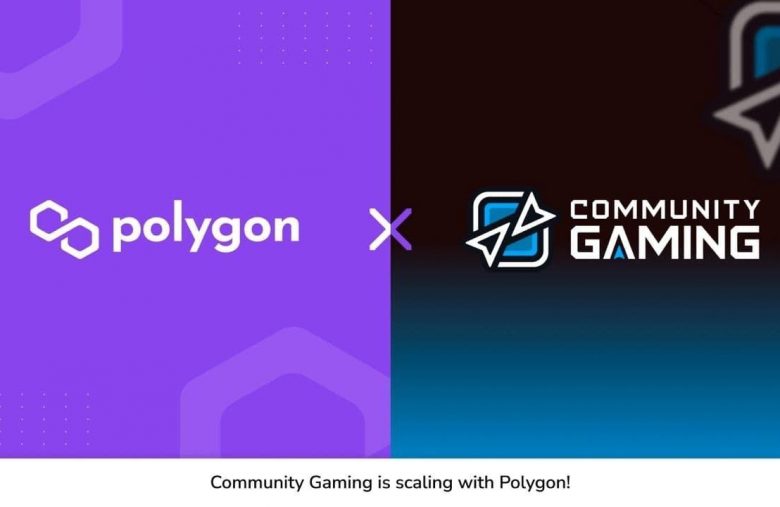 Gaming developers employing the services of Community Gaming will be able to take advantage of enhanced scalability through a new collaboration with the popular blockchain-based Layer 2 protocol – Polygon.

Describing itself as an “all-in-one platform offering esports infrastructure to all key stakeholders in the industry,” Community Gaming is a blockchain-based project providing developers with a scalable network for their goals. In fact, it plans to enhance its scalability through the latest partnership with Polygon.

The press release reads that tournament organizers on Community Gaming will be able to deploy their esports events onto the Polygon network even “without any background knowledge of how wallets or smart contracts work.”

The first two tournaments to use Polygon’s blockchain were Gods Unchained and Axie Infinity, which saw a massive popularity boost in the past few months, as reported.

With that, the number of players competing each month for prize pools denominated in ETH, MATIC, and USDC has risen “into the thousands.”

According to the statement, winning players receive their tournament prizes through one single transaction, which is completed in under three seconds, and the fee is less than 0.0015 MATIC. This makes the innovative approach a “stark contrast” to the traditional payouts.

Commenting on the partnership, Polygon’s CEO, Sandeep Naitwal, asserted that it reaffirms his team’s goal to “bridge the gap between decentralized technologies and the competitive gaming community.” This is possible because Polygon will enable “fast and cheap payments combined with secure and trustless on-chain transactions.”

His project recently made another notable partnership with Alchemy, aiming to improve the latter’s network capabilities.

On the other hand, Chris Gonsalves, the CEO of Community Gaming, outlined the benefits that event organizations could see from the partnership:

“For event organizers on our platform, this integration means being able to easily create, run, and facilitate tournament payments with sub-penny transaction fees in any country.”