Production Cost: Why $14K Is Likely The Absolute Floor For Bitcoin 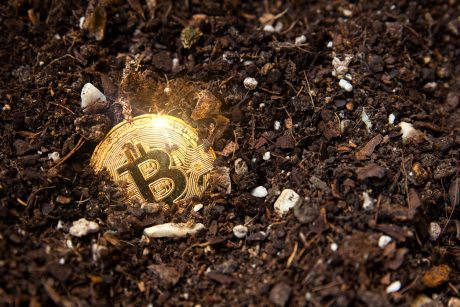 Bitcoin price is at a critical inflection point according to most analysts across the market, either ready to lose support and fall deep into a bear market, or about to climb to new highs – nothing in between.

Those on the bearish side of the fence are already calling for lows under $10,000 and others suggesting a deeper decline than Black Thursday. However, one important piece of data suggests that the absolute price floor for BTC, is around $14,000 per coin. Here’s why.

Speculating On The Crypto Correction And Potential Cycle Targets

Crypto traders are an egotistical bunch. When they’re not shitposting and sharing memes online, they’re posting screenshots of their unrealized PnL amounting in the millions and the hindsight charts that made them rich.

As a speculative market, participants are often seen rightfully speculating, predicting prices of hundreds of thousands per coin in the future, or projecting a fall to new lows.

With extremes on both sides, a target more steeped in reality is instead likely. Bitcoin won’t reach $400,000 or more this cycle, nor will it plunge to below $3,000.

In fact, using history as a guide, the price per BTC should never fall below $14,000 again.

Why $14,000 Could Be The Fundamental Price Floor For Bitcoin

$14,000 was the high of the last major bullish impulse which peaked in June 2019. Bitcoin went on a tear when it finally broke through that resistance level in late 2020.

The price per coin climbed more than four times from there, but is now headed back downward almost as fast as it made it to new highs.

As for how far the leading cryptocurrency by market cap might fall, the lowest point should be no more than $14,000 for fundamental reasons. The cost of producing each coin is currently around that price for most miners, to as expensive as around $22,000.

Past bear phases all eventually fell to the lowest floor price according to the Production Cost tool created by Charles Edwards. Touching it again might be required for the bear phase to conclude.

At the same time, Edwards’ Hash Ribbons tool is starting to round upward and could soon give the most profitable buy signal in crypto history.

Adding more credence to the theory that $14,000 is the price floor, is Elliott Wave Principle. The study suggests that a “wave four” will never fall into the price territory of “wave one.” If the June 2019 peak was wave one, the practice says for the fourth wave to be valid, these conditions must be met.

After a wave four, comes the grand finale wave five, which should send Bitcoin to the higher side of the speculative targets commonly discussed.