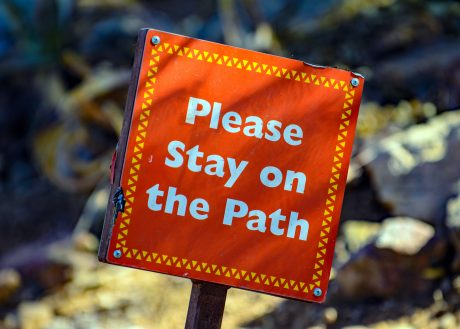 Dave Jevans, the CEO of crypto analytics firm CipherTrace, warned that regulators are looking to equalize compliance rules between decentralized and centralized exchanges. The knock-on effect poses questions on the operational feasibility of the segment and the DeFi platforms and protocols.

Q: Based on the new FATF draft guidance, it sounds as if a “DEX like Uniswap would be subject to the same compliance rules as a centralized exchange like Coinbase…?”

What effect could these requirements have on the development of DeFi? pic.twitter.com/IE96DLD50b

Jevans expanded on Van Valkenburgh’s initial comments by saying FATF is looking to widen the definition of Virtual Asset Service Provider (VASP). This would obligate more entities, including non-custodial persons, to register with the local regulator to collect and report information on their activities and the activities of others.

“To me, I think point 79 comes across as the biggest one, which really is broadly the definition of a Virtual Asset Service Provider. To whom these regs would apply to…

whether it’s directly through transaction fees or indirectly through the price of a coin going up that they use to pay for fees and things of that nature would potentially fall under the umbrella of VASP, which would broadly cover pretty much almost every DeFi platform.”

In short, DEXes, whose primary selling point centers around users being able to trade without KYC compliance, would be subject to the same requirements as centralized exchanges.

It’s worth noting that FATF is accepting public comments on the guidelines until April 20th. But as Van Valkenburgh mentions, the organization is under no obligation to consider public feedback.

Should the guidelines get adopted and member countries enforce the recommendations, how would DEXes, such as Uniswap, respond? After all, the term decentralized should mean free from central control; but more relevantly, it should also mean no one can stop a DEX from operating.

Bitcoin has largely enjoyed a pass as far as the U.S Securities and Exchange Commission (SEC) is concerned. But in a recent interview, former SEC Chair Jay Clayton said that doesn’t make it immune to new regulations that could be on the way soon.

“Where digital assets land at the end of the day […] will be driven in part by regulation — both domestic and international — and I expect, and I’m speaking as a citizen now, that regulation will come in this area both directly and indirectly whether it’s through how these are held at banks, security accounts, taxation and the like. We will see this regulatory environment evolve.“

Rumors of a Bitcoin ban have been brewing in recent times. Billionaire Ray Dalio warned that central banks would do all they can to protect control of the money supply. He predicts if Bitcoin ever gets too big, authorities will take action.

The Bitcoin market cap has stayed consistently above $1tr since late March. Likewise, this month’s start saw TVL in DeFi cross $50bn for the first time.