Ripple Surges 15% Following News That It Wants To Go Public 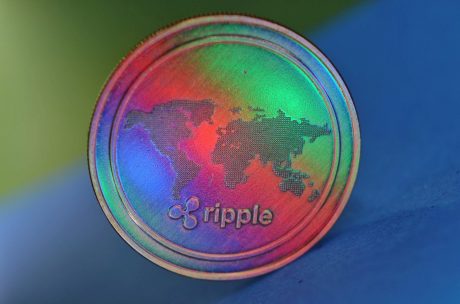 Ripple CEO Brad Garlinghouse says that the San Francisco-based payments startup intends to go public once its legal battle with the U.S. Securities and Exchange Commission (SEC) is settled.

In an interview during the Consensus 2021 event, Garlinghouse commends Coinbase following the crypto exchange’s debut on the Nasdaq in April.

Despite the fact that the general crypto market appears to be in decline, Ripple’s native cryptocurrency, XRP, has risen 14.88% to $1. XRP is now trading at $1.02 with a market valuation of $44.21 billion at the time of writing. To put this into perspective, XRP’s price has risen by 390% over the past year

Garlinghouse says Ripple is considering pushing through with its plan to launch an initial public offering, but it will have to wait until the lawsuit with the SEC is over.

“I think that the likelihood that Ripple is a public company is very high at some point. I think in the middle of an SEC lawsuit, you know we need to get that closed out and the SEC approves an S1, it’s easier to do that after you have closure and clarity and that regulatory certainty we have been seeking for so long.”

In January 2020, Garlinghouse revealed Ripple’s plan to go public as he predicted an IPO will happen in the crypto space over the next 12 months. In December, the SEC formally filed a complaint against the payments giant, alleging that Ripple’s native asset XRP was an unregistered security upon its launch and remains a security to this day.

This current XRP price increase comes as Ripple scores another little victory in its struggle with the Securities and Exchange Commission of the United States (SEC). Ripple has managed to prevent the SEC from obtaining any of the company’s legal paperwork, as requested by the regulator.

The US Securities and Exchange Commission (SEC) has requested access to Ripple’s legal issues in order to buttress its case in the complaint. Access to these papers, according to the securities commission, will assist it prove that Ripple was well aware of XRP’s “security” prior to its 2013 ICO sale. However, the SEC’s demand to have Ripple produce papers related to the XRP sale was dismissed by a New York judge.

The issuance of “fair notice” has been a major issue in the SEC vs. Ripple fight. For the past eight years, Ripple says that the SEC has never provided a “fair notice” as to whether the blockchain business is breaking any securities rules. FinCEN and the US Justice Department deemed XRP a convertible virtual currency at the same time.

Ripple is now working to move this issue forward, focusing on the SEC’s inactions and a sudden shift in attitude. Judge Netburn, on the other hand, stated that if Ripple’s defense is plainly identified, she will not take a stance. According to the judge:

“I reach only the limited question of whether Ripple put its subjective state of mind or advice of counsel at issue merely by raising the defense, thus waiving its privilege. I conclude it did not.

Accordingly, the SEC’s motion is DENIED. If, at some later date, Ripple raises its good faith beliefs or relies upon its privileged communications in support of its fair notice defense, the plaintiff may renew its application to the Court”.