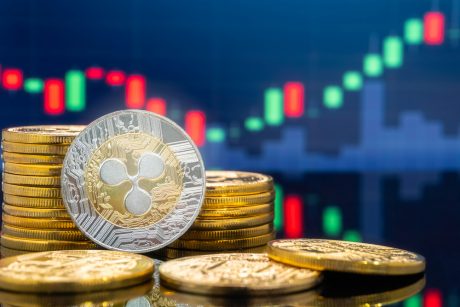 Ripple’s native blockchain asset XRP surged to its one-month high on Monday as traders grappled with the prospects of its re-listing on cryptocurrency exchanges.

The seventh-largest cryptocurrency experienced a dramatic decline in recent months after the US Securities and Exchange filed a lawsuit against its parent company, Ripple Labs, for its alleged role in selling illegal securities.

The legal action raised fears that XRP, which acts as a settlement token atop the Ripple blockchain, could actually be security, prompting many US exchanges, including OKCoin and Coinbase, to delist the token from their trading platforms until further notice. The XRP/USD exchange rate fell by more than 33 percent in response.

…a hearing last Friday raised hopes that the cryptocurrency exchanges might safely resume XRP trading. Ripple’s attorney Jeremy Hogan revealed that Magistrate Judge Sarah Netburn asked the SEC attorney whether the people who sold XRP consequently engaged in the sale of illegal securities. Nevertheless, the attorney responded that only Ripple and its top-level affiliates could face the scrutiny.

“Now, why is that super important? That means that the exchanges that delisted XRP two months ago were not and would not be violating securities laws if they relisted XRP for sale and began to sell it again,” Mr. Hogan stated.

XRP surged by up to 10 percent on Monday, logging an intraday high at $0.568 before correcting lower during the European trading hours on short-term profit-taking sentiment. Nonetheless, the token managed to jump above a crucial medium-term descending trendline resistance, raising hopes that it would undergo a bullish breakout move.

Technically, the XRP/USD exchange rate fluctuated inside a Symmetrical Triangle range before rising upward on its four-hour chart. The overstretched consolidation period saw traders defend the pair’s bullish bias repeatedly while facing an equally intensive bearish pressure as it attempted to break above the Triangle range.

The SEC news favored the bullish bias this Monday. Therefore, it raised the prospect of XRP rising by as much as the uptrend that appeared before the Triangle pattern. That puts the cryptocurrency en route to $1 based on the classic Triangle breakout definitions.

Ripple’s lawyer’s bullish signal does not bode well unless the cryptocurrency exchanges confirm re-listing XRP themselves. So far, the court proceedings have not said anything concrete about the cryptocurrency’s legal status. XRP is rising on hopes that there will be re-listings, not the actual listings.

Therefore, it is still likely for XRP to face short-term bearish pressure amid uncertainty. Traders might decide to secure their profits while waiting for further clues from the ongoing SEC vs. Ripple court battle.