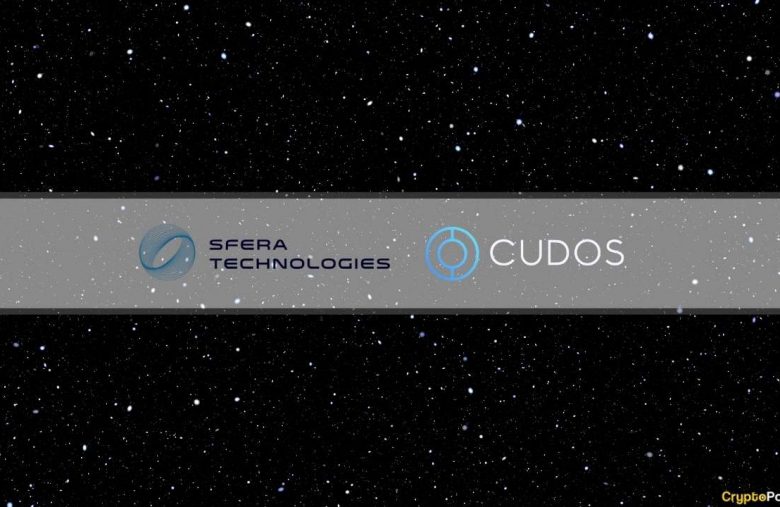 Blockchain-based technology has many applications, and we’ve seen various projects build in a myriad of industries.

Decentralized storage infrastructure is commonly touted as one of the best use cases for distributed ledgers. The reasons for this are many – security, immutability, scalability, and whatnot.

Over the past couple of years, businesses worldwide have woken up and warmed up to the idea of implementing blockchain in their infrastructure – or at least building towards that direction. The examples are countless – from Intel to Nvidia and many other industry behemoths.

Among these, an interesting partnership aims to optimize earth observation data by improving computation power and decentralized storage infrastructure. The collaboration in question is between Sfera Technologies – a NewSpace company with a focus on optimizing Earth Observation data and prominent scalable blockchain and oracle network Cudos. The joint effort is a strategic one that will see Sfera Technologies benefit from Cudo’s computation power and decentralized storage infrastructure.

Sfera Technologies aims to be the number one NewSpace company in the space sector by processing and providing data to various economic sectors. However, it needs to boost the computation power of its protocol Ephemeris by integrating Cudos.

Ephemeris is a protocol designed by Sfera to deliver data and process management systems on the blockchain through its smart contracts and oracles. Sfera intends to run its satellite station on Ephemeris to facilitate service dissemination and have access to computation and storage.

Sfera Technologies Executive Zdravko Dimitrov was excited to have Cudos on board. According to him, integrating Cudos will benefit Ephemeris greatly by helping it to process Earth Observation data from satellites and convert it to real images. Dimitrov, who is looking forward to the great things the partnership would achieve, also said that being with Cudos will help push the network into Web 3.0.

As demand for EO data across economic industries increased, it became necessary to look for scalable decentralized infrastructures capable of storing, processing, and delivering data efficiently. The current infrastructure is not optimized for large-scale operations due to the limitations of cloud service providers.

In addition, the current models are built on centralized networks, which are disadvantageous in some ways. They are incapable of delivering solutions at lower costs, while privacy and data security could also be compromised.

Sfera’s partnership with Cudos will solve storage, processing, and delivery issues because Cudos is fully optimized for large-scale growth, decentralized, scalable, and runs on thousands of nodes. Sfera can now leverage Cudos’s infrastructure and Ephemeris to provide data efficiently with low latency while protecting the data.

Nuno Perreira, V.P. of partnerships at Cudos, was thrilled about the alliance and the support it will bring to Ephemeris based on EO imagery and others. He stated that the collaboration with Sfera further explains their beliefs in the future of decentralized computation and its potential in the space industry.

Cudos will be launching its mainnet in March, a few months after its groundbreaking testnet that saw over 20,000 developers participate. While it has started in 2022 with its proposed mainnet launch, the blockchain and oracle network accomplished some milestones in 2021.

The mainnet launch comes amidst heightened expectations within the network’s community, with Sfera announcement partly the reason for the optimism.