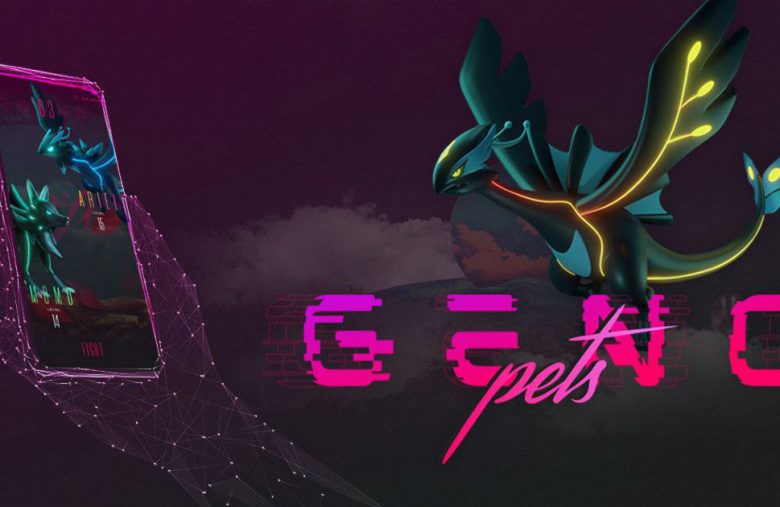 Genopets is the world’s first Move-to-Earn NFT game in which players are rewarded for staying active.

The past couple of months have seen the rise of Play-to-Earn games, such as Axie Infinity, as people look for additional forms of income during these uncertain times.

But Move-to-Earn puts a different spin on this concept by incorporating phones/wearables to convert steps in the real world into in-game rewards.

“Working long hours at a desk makes balancing self-care hard. Well, we believe, you shouldn’t have to compromise health for wealth. Health is wealth. That’s why we created Genopets. The first Move-to-Earn NFT game that makes it possible for you to earn crypto for staying active in your daily life.”

Running on the Solana blockchain, Genopets encapsulates the concept of nurturing your personal Genopet, a digital NFT spirit animal, to level it up.

By linking to your phone or wearable device, users get rewarded for taking part in physical activities. These build up as $KI token rewards, which help evolve your pet, alchemize crystals, generate new habitats, and in battle.

The developers say it borrows elements from the 90s Tamagotchi game, in which players had to look after their keyring virtual pet, with the “training and battling” of Pokemon.

“Genopets combines the nurturing and evolution of Tamagotchi with the training and battling of Pokemon in asynchronous puzzle mini games.”

In Genopets, players can explore the Genoverse, unlock magical realms, craft items, and take on other players.

What are the game mechanics?

Data tracked by your phone/wearable advances your Genopet NFT by building up XP to make in-game progress.

The $GENIE token, which forms the basis for NFT ownership, is free to mint. Unlike Axie Infinity, which requires the purchase of three characters, of which the price floor is now in the hundreds of dollars following its rise in popularity these past few months. At the same time, the $KI token is the in-game reward earned by players.

The health or state of a Genopet is measured in XP; the more active a user, the higher the XP. Another element of gameplay comes in the form of Gene Crystals which affect your pet’s evolution. For example, fire crystals that imbue the pet with fire attack moves and alter its appearance.

Paul Veradittakit, a partner at Pantera Capital, said Play-to-Earn has “struck a chord” with users and is set to transform the gaming industry.

“This is a trend we’ve been monitoring very closely. We believe it’s going to fundamentally transform the established gaming industry and onboard millions of users into the crypto ecosystem.”

With that, Genopets, as the first to twist the Plat-to-Earn concept into an activity-based function, stands in good stead to capture a segment of the market that wants to be rewarded for being active.