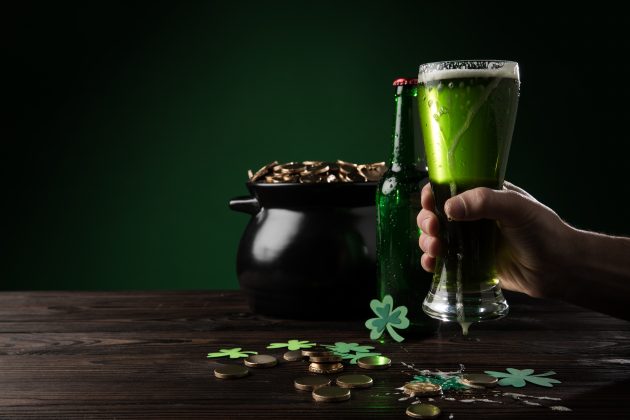 Bitcoin price is struggling to keep above $55,000 at the moment, after a rejection from new record highs set above $60,000 over the weekend. A massive Monday selloff has extended days now, into the Wednesday St. Patrick’s Day holiday – a day typically known for all things green.

Historically, Bitcoin investors on St. Patricks Day have more often than not ended the day with a red candle. Could this year be different, given the strength of the crypto market uptrend? Here’s a closer look at which holidays in the past closed green, and what might happen before the candle closes on today’s trading session.

St. Patrick’s Day is a “cultural and religious celebration” recurring annually on the death of “the foremost patron saint of Ireland, according to Wikipedia. Folklore claims the Saint Patrick drove “snakes” out of the country, while actually symbolizing religious evangelism that drove the Celtic pagans out of favor for Christianity.

The holiday recurring every March 17th is associated with festivals, celebrations, alcohol, and of course, the color green. Excessive drinking was born from an allowed break from strict lent guidelines on the holiday, while the color green arrived due to the patron Saint using the shamrock to explain the “holy trinity” to pagans.

However, when it comes to Bitcoin price action, investors have more often than not seen a red – not green – daily candle close each year on March 17.

Historically Red: Will Bitcoin Price Close The Daily In The Green?

Looking back throughout the history of all BTCUSD trading action on cryptocurrency exchange Bitstamp, each past St. Patrick’s Day has been marked in the chart above.

During the earliest days of Bitcoin, price action was more often than not green thanks to how young the technology was. Every tiny drop of capital that came into the cryptocurrency moved the needle significantly. This caused the first two holidays to close green.

The next two years investors were left with red daily closes, due to the ongoing bear market of 2014 through 2015. As a new bull market began in 2016, bulls were able to follow their way to a pot of digital gold with a holiday daily close back in the green.

Today, St. Patrick’s Day is being celebrated across the globe. Considering past data, there is a higher probability that this St. Patrick’s Day also closes red. Further statistics for March also suggest that the month is the bloodiest on record for Bitcoin, further increasing the chances for things to go awry.

The leading cryptocurrency by market cap has been in an uptrend for a full year since the last holiday, and could be running out of steam temporarily. Currently, the daily candle is red, and would require bulls to push prices back up to over $56,950 on Bitstamp to close the day in favor of the color of St. Paddy’s Day.