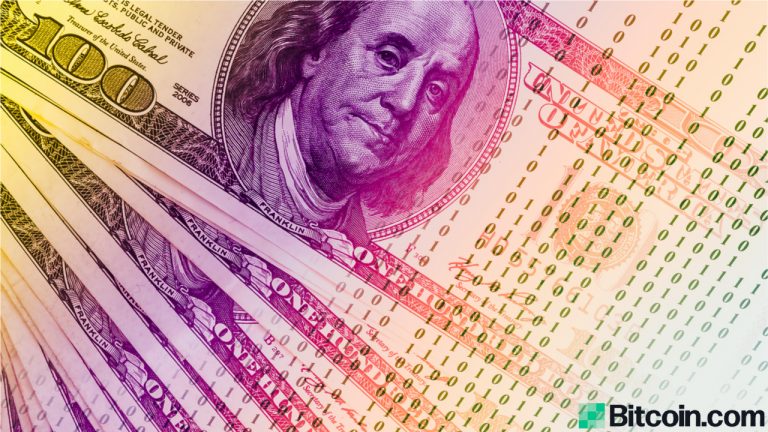 While most cryptocurrency markets are down today in value, dollar-pegged stablecoins have seen significant demand during the last 24 hours. Currently, the entire market valuation of all the stablecoins in existence is roughly $96 billion.

The Rise of Fiat-Pegged Stablecoins

Crypto assets like bitcoin (BTC) and ethereum (ETH) can be volatile and this has caused demand for stablecoins in recent years. Since July 2017, the stablecoin market has swelled considerably but after April 2020, it skyrocketed. One of the main use cases for stablecoins is so people can hedge their funds when crypto prices become extremely volatile.

Top ten stablecoins by market capitalization on May 13, 2021.

Since the recent market downturn, demand for stablecoins increased dramatically. As most people know, tether (USDT) is by far the largest stablecoin in existence and today it commands a $58 billion market valuation. Tether also captures the most volume, in terms of all the trade volume across the entire crypto economy.

The stablecoin issued by Binance called BUSD or binance usd, has a lower market cap than USDC, and is the third-largest stablecoin by overall valuation. Although, BUSD beats USDC in global trade volume with $14.3 billion in swaps during the last 24 hours.

$14.3 billion in global trades is quite large, but tether (USDT) has seen $265 billion in 24 hours as far as reported volume, according to Coingecko’s “Top Stablecoins by Market Capitalization” aggregator. Stats from messari.io show a similar metric for tether’s reported volume, but “real volume” data from Messari Research shows it may be only $78 billion worth of global USDT trades on Thursday.

Other lesser-known stablecoins have seen volume increases and market caps swell as well. Coins like dai (DAI), terrausd (UST), liquidity usd (LUSD) and paxos standard (PAX) have all seen growth in terms of market caps and trade volume during the last year.

With the entire market valuation of all the stablecoins in existence (48) nearing the $100 billion zone and digital currency prices being as volatile as they are, crypto-based fiat tokens will remain in demand.