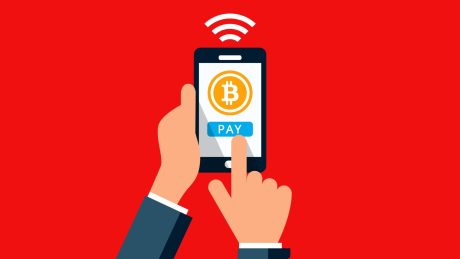 Payments processor Strike has announced the launch of a new feature that will allow users to convert their paychecks to bitcoin. This feature brings workers one step closer to collecting their paychecks in bitcoin. Instead of the employer paying out wages and salaries in BTC, employees can take the paychecks they receive and convert them to cryptocurrency in one easy step.

Strike is enabling users to convert all or some of their paychecks into BTC. Instead of cashing into fiat and then having to change back to BTC, users can directly convert to BTC using the paycheck that they receive. The feature is known as “Pay Me in Bitcoin” was announced on Thursday and is one of Strike’s efforts to make BTC readily available to its users.

Strike is best known for helping El Salvador in their journey to bitcoin adoption, but they are also a bitcoin-focused payments processor that allows users to receive and pay in BTC. And with the new feature, get paid in BTC with no hassles.

Strike completely bypasses the need for employers to adopt and start paying their employees in cryptocurrencies. Instead giving employees the power to decide if they would rather convert their paychecks to fiat currency or cryptocurrencies. This also means that employees are not limited by the payments options their employers use. It doesn’t matter the company individuals work for, they can choose to have their paychecks deposited in bitcoin.

Following The Lead Of Coinbase

Strike’s announcement of the “Pay Me in Bitcoin” feature comes only a few weeks after Coinbase launched a similar feature. In the announcement post, Coinbase shared that customers were now able to deposit their paychecks directly to cryptocurrencies to ease their trading activities and just like Strike, streamline the process of users converting their money to cryptocurrencies.

The feature has been welcome in the crypto space as investors can now decide to deposit their full paycheck or a portion of it into their cryptocurrency tradings accounts. Customers could also choose to deposit their paychecks directly to U.S. dollars on Coinbase, which they can then use to carry out their trading activities on the platform.

Similar to Coinbase, Strike announced that the feature will initially be available to users in the United States. Roll-outs for other countries may be in the works but there has been no confirmation of these. Although users can only convert their paycheck to bitcoin on Strike, Coinbase offers users a wider variety as they can convert their paychecks to the over 100 cryptocurrencies currently listed on the exchange.